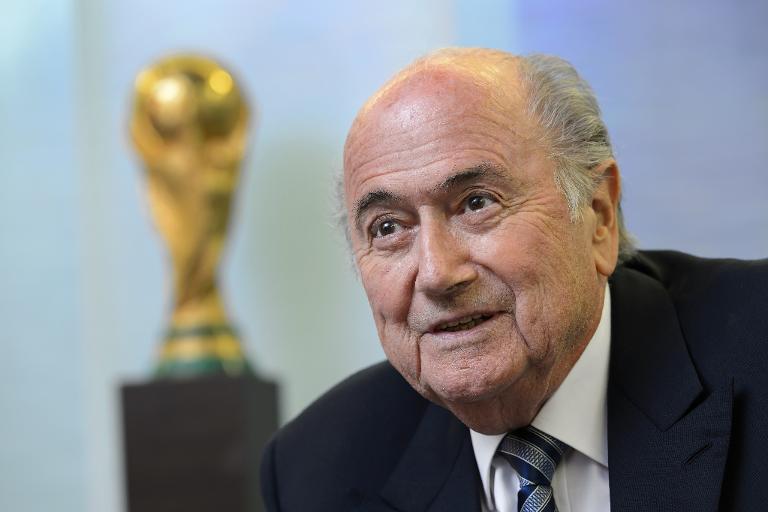 Former Portugal captain Figo withdrew with a bitter broadside at the contentious election campaign which will culminate in a vote on May 29 where Blatter is widely expected to hang on to a post he has held since 1998.

“I do not fear the ballot box, but I will not go along with nor will I give my consent to a process which will end on May 29 and from which soccer will not emerge the winner,” Figo wrote on his Facebook page.

“My decision is made, I will not stand in what is being called an election for the FIFA presidency.”

Dutch FIFA presidential candidate van Praag also announced he was dropping his bid, saying he will back Prince Ali instead.

Van Praag, a former Ajax chairman announced his candidacy in January, saying he wanted to modernise the world governing body “which has lost all credibility.”

FIFA had become ridden with suspicion, conflicts of interest and allegations of nepotism and corruption, he said at the time.

Observers say Prince Ali stands the best chance to unseat Blatter because the Jordanian had a better campaign budget and contacts within FIFA, having served on its executive committee since 2011.

Figo used his Facebook announcement to also condemn what he believes are double-standards in football’s global ruling bodies.

“I have seen with my own eyes federation presidents who, after one day comparing FIFA leaders to the devil, then go on stage and compare those same people with Jesus Christ. Nobody told me about this. I saw it with my own eyes,” he wrote.

“The candidates were prevented from addressing federations at congresses while one of the candidates always gave speeches on his own from the rostrum.

“Does anyone think it’s normal that an election for one of the most relevant organizations on the planet can go ahead without a public debate?

“Does anyone think it’s normal that one of the candidates doesn’t even bother to present an election manifesto that can be voted on May 29? Shouldn’t it be mandatory to present such a manifesto so that federation presidents know what they’re voting for?”

“I do believe he is the biggest candidate to mobilise enough votes to challenge Sepp Blatter,” Van Praag said at a press conference in Amsterdam.

Van Praag said he decided to back Prince Ali on condition that a number of his proposals be taken up in the Jordanian royal’s own proposals.

This included human rights aspects for workers employed to build stadiums and limiting the mighty world federation’s presidency to two terms only.

The issue of workers’ rights has become a key feature of the campaign after a series of damning investigations into the welfare of labourers employed on construction projects for the 2022 World Cup in Qatar.

Van Praag said the decision to pull out of the race was taken at a meeting in Geneva last week with UEFA president Michel Platini urging the three to back a single candidate.

“He (Platini) played a big role in getting us together,” Prince Ali said.

“As we have all seen around the world, there is a real desire for change and progress.

“I can’t predict right now… but if things are done in a correct way with no interference then I truly believe that we have a great chance of making that change.”

The election will be held at the FIFA Congress in Zurich on May 29.

The winner will need a majority from FIFA’s 209 member federations.