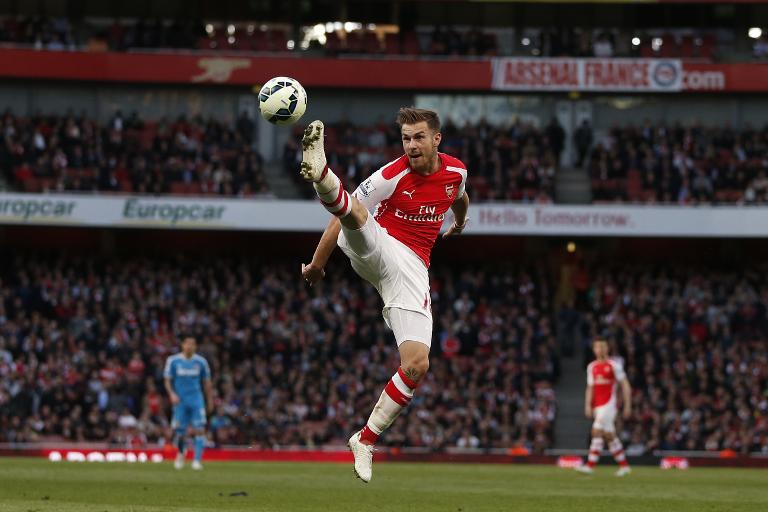 Sunderland produced a gutsy rearguard action to preserve their Premier League status with a tense 0-0 draw against Arsenal on Wednesday.

Dick Advocaat’s side knew a point at the Emirates Stadium would be enough to guarantee their survival and they achieved that goal with an obdurate defensive display that kept Arsenal at bay despite a barrage of pressure from the hosts.

The Black Cats, now four points clear of third bottom Hull, can start planning for next season instead of nervously facing a decisive trip to champions Chelsea in Sunday’s final round of fixtures.

“Arsenal were the better side but our organisation was unbelievably good. The emotion was so high,” said Advocaat, who left the pitch crying tears of joy at full-time.

“It’s an unbelievable feeling that we did it by ourselves. The players gave everything to stay up.”

Despite failing to win for the fourth time in their last five matches, Arsenal have likely done enough to secure a third place finish and automatic qualification for next season’s Champions League group stage.

Arsene Wenger’s team are three points clear of fourth placed Manchester United with a significantly better goal difference with only one match to play.

Sunderland’s point means that the final relegation place from the Premier League will be filled by either Hull or Newcastle.

Arsenal’s Jack Wilshere had an early chance to mark his return with a goal when he raced onto Alexis Sanchez’s pass, only to poke his shot tamely at Pantilimon.

Wilshere had another sight of goal when Aaron Ramsey teed him up just inside the penalty area, yet once again the midfielder couldn’t find the required accuracy as he blazed high over the crossbar.

Unsurprisingly Sunderland seemed intent solely on soaking up the pressure with a view to catching the Gunners on the break.

But even when they did launch a rare counter the paucity of their attacking ambition was laid bare when Sunderland left-back Patrick van Aanholt sprinted 50 yards before looking up to discover not a single team-mate had made a supporting run.

Wenger’s side almost conjured a breathtaking opener when Wilshere floated a delicate chipped pass to Olivier Giroud, who waited for the ball to drop over his shoulder before volleying narrowly past the far post.

Jack Rodwell and Steven Fletcher came on for Sunderland at the interval and Advocaat’s changes almost paid immediate dividends.

Adam Johnson slipped in Fletcher down the right channel and the Sunderland striker’s snap-shot drew a good save from David Ospina.

After a complete lack of activity in the first half, Arsenal goalkeeper Ospina was suddenly in the thick of the action and he had to save with his feet after van Aanholt found space for a low drive.

Wenger’s side responded strongly as Giroud met Hector Bellerin’s cross with a flicked effort that Pantilimon clawed away before Kieran Gibbs’ looping header drew another acrobatic stop from the Sunderland keeper.

Fletcher almost caught Arsenal off guard when he latched onto Jermain Defoe’s pass and sprinted clear, however the Scot couldn’t get enough height on his chip and Ospina was able to save.

Theo Walcott came on for his 300th Arsenal appearance midway through the half, but his arrival was overshadowed by Fletcher wasting a glorious chance to put the visitors ahead when he sliced van Aanholt’s cross over from close-range with only Ospina to beat.

Sunderland were straining every sinew to keep Arsenal at bay, with one brilliant block from Coates denying Sanchez, yet Billy Jones almost undermined their efforts when the defender deflected Ramsey’s cross onto his own woodwork.

In a nervous finale, substitute Tomas Rosicky dragged his shot wide and Pantilimon made a fine stop to deny Walcott’s powerful strike before Sunderland’s ecstatic players and fans could finally celebrate.