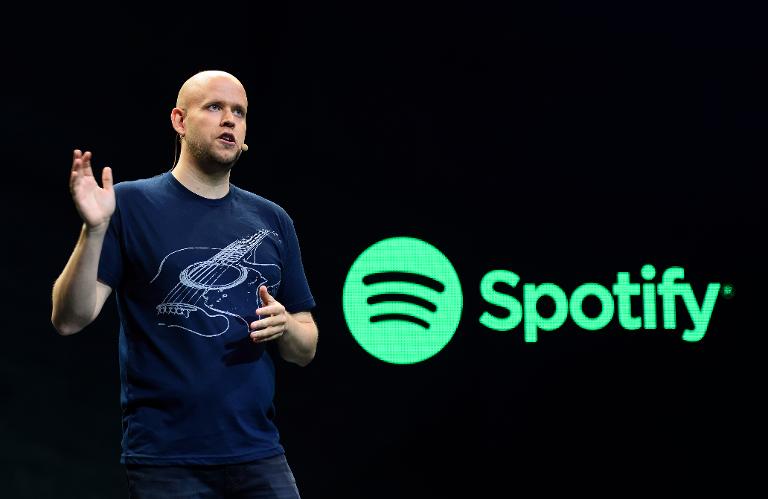 Streaming leader Spotify on Wednesday announced an expansion into video and original content, reaching beyond music as the company faces challenges to its dominance and strives to turn a profit.

Spotify, by far the largest company in the booming streaming industry, said it wanted to turn into a broader, and more personalized, platform to bring in subscribers throughout the day.

The upgraded Spotify platform will for the first time support videos and offer news and other non-music content provided by major media companies.

Daniel Ek, the founder and chief executive of the eight-year-old Swedish company, said that Spotify was recognizing the all-encompassing power of smartphones in modern life.

Spotify’s core mission remains music, but it wants to give users more incentives to turn to Spotify to read the news or watch videos, too, Ek said.

“There is an incredible opportunity to soundtrack your entire day — and your entire life — in all of its complexity,” the 32-year-old entrepreneur told a launch event at a converted New York warehouse off the Hudson River.

Ek said that Spotify had partnered with a wide range of media companies including major US networks, the BBC, Vice and comedy network Adult Swim.

While providing podcasts and other production from media partners, Spotify said it also planned original content.

In one of the more inventive features, Spotify unveiled a new function for runners that will detect motion through the smartphone and select music based on the pace.

The music was directed by superstar Dutch DJ Tiesto, who said he faced an artistic challenge finding different speeds of beats for a full work-out.

“We’re going to take this approach to many more parts of your life very soon,” he said.

Spotify will also make more recommendations based on listening habits, taking its cue from a popular feature on Internet radio leader Pandora.

Ek said the updated platform would be available immediately in the United States, Britain, Germany and Sweden, and would be rolled out in the coming weeks to the 54 other countries and territories where Spotify is present.

If successful, Spotify could not only hold strong against music rivals but also challenge video behemoth YouTube and Snapchat, the fast-growing video- and photo-sharing app.

But for all its rapid growth, Spotify has yet to turn its major investments into profit. In filings this month, the company said that its net loss tripled to 162.3 million euros ($182 million) in 2014.

Ek said that the upgraded Spotify would offer more opportunities for targeted advertising and partnerships with companies.

Spotify earlier this week announced a partnership with Starbucks, which will promote the streaming service and give accounts to baristas to choose tracks at the coffee chain’s 7,000 US stores.

Spotify has also been controversial among some artists, most famously Taylor Swift, who say that streaming insufficiently compensates creators.

Recent trends mark “the biggest change since the inception of sound recording,” said Ek, sporting jeans and a blue T-shirt with an image of a guitar.

“It’s the biggest change since the inception of sound recording,” he said.

The launch featured a surprise mini-concert by D’Angelo, the critically acclaimed R&B artist who recently recorded special sessions on Spotify, as well as the stars of the Comedy Central show “Broad City.”

Spotify as of late 2014 reported 60 million users. But three-quarters of them opted for a free tier of service, which is particularly controversial in the music industry.

And the company is bracing for growing competition.

Apple — long the giant of digital music through iTunes — is expected to unveil an updated streaming service soon.

Rdio this month unveiled a subscription of $4 per month, undercutting Spotify’s $9.99 for its advertisement-free premium service.

Other competitors include Deezer, Rhapsody and Google Play.

Paris-based Deezer, which is strong in Europe but has little US imprint, on Tuesday launched podcasts in Britain, France and Sweden.