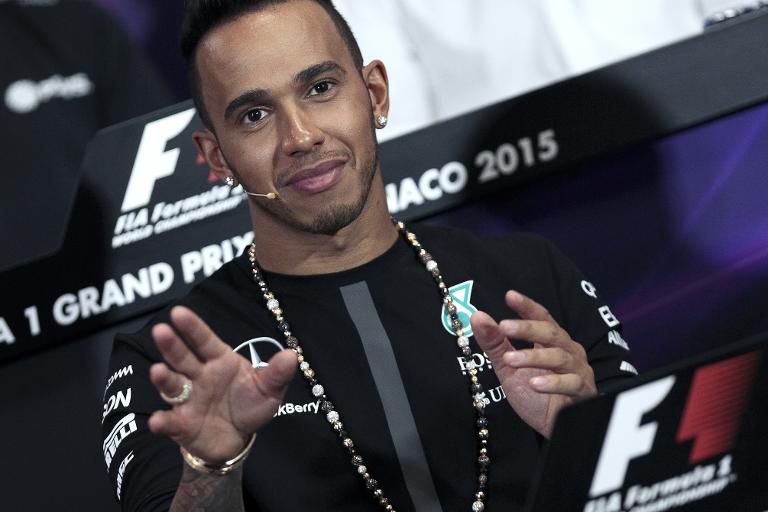 Lewis Hamilton said he had always wanted to stay with Mercedes and denied money had been a difficulty in the long negotiations that led to him signing a three-year contract extension with Mercedes.

The two-time world champion said talks only began in February this year, but he had no intention of joining any other teams.

Since then, he has won three of this yearâ€™s five season-opening races to have a 20-point lead in the title race ahead of his Mercedes team-mate Nico Rosberg.

â€œWe started conversations in February and I took my time,” said Hamilton, whose deal has been reported to be worth a staggering $120 million.

“Some weeks I thought about it, some weeks I didn’t. I never felt there was a particular rush.

Hamiltonâ€™s joke may not have amused many other drivers or their agents in the Monaco paddock as he reflected on his life without a representative or manager.

He added: â€œI arrive here just doing another new race. I’m mostly focused on areas that I need to improve on, so it’s an opportunity, another chance.

â€œI’ve only won here once in 2008 and that wasn’t even a perfect weekend then, so I’m still struggling for that perfect kind of weekend.”

Hamilton, who enjoyed several private jokes with former McLaren team-mate and fellow Briton Jenson Button during a pre-race news conference, said he intended to continue racing beyond his next contract.

Meanwhile, Nico Rosberg said he was delighted to learn that his intense and sometimes acrimonious rivalry with Mercedes team-mate Hamilton is set to continue for another three years.

â€œI’m sure it was exciting to sign the contract, as it always is. Itâ€™s great for everyone. We have good battles and it’s what racing is about.

â€œAt the moment, it’s a neutral relationship and working OK between us. We’re really pushing each other to higher and higher levels all the time.

â€œI think that gets underestimated and it’s also great for the team, this internal battle, so it’s good to know that the future is going to be like that.”

The Hamilton-Rosberg rivalry has been the focal point of Formula One for the last 18 months and is likely to continue that way.

Rosberg signed a long-term contract extension with Mercedes last year and, boosted by his win in Spain two weeks ago, looks set to make a strong bid to complete a rare hat-trick of Monaco wins in his home town this Sunday.

â€œOf course, Barcelona was a great weekend for me and it’s always a boost to come to the following race after such a great result,â€ he said. â€œIt will help definitely.â€

More than anything, Rosberg wants to maintain his form and reduce Hamiltonâ€™s 20-point advantage in the title race.

â€œWe had a perfect weekend in Spain and, for me personally, it was good to close the gap a little in the points,” he said.

â€œMonaco is a home race for me and it’s strange to just walk or take a scooter to the racetrack, but also very cool to sleep in your own bed each night.”

Clusters of fans at the paddock gates also showed their support for the news of Hamiltonâ€™s contract extension, cheering and chanting as the 30-year-old Briton arrived to run through his pre-race media routine.

â€œItâ€™s great and I am so pleased,â€ said one British fan.

â€œNico and Lewis both stopped and we have their autographs. It is such a good time for them now and it is great to watch.â€