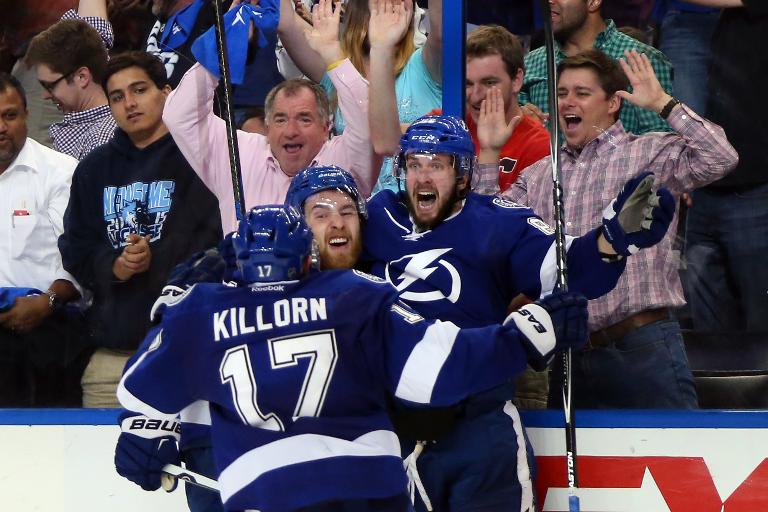 Nikita Kucherov scored at 3:33 of overtime on Wednesday to lift the Tampa Bay Lightning to a 6-5 NHL playoff victory over the New York Rangers.

With the win, the Lightning took a two games to one lead in the best-of-seven Eastern Conference finals.

The winners of the series will face the Western Conference champions for the NHL crown in the Stanley Cup finals.

Kucherov carried the puck from the neutral zone up the right wing, then cut towards the middle and beat Rangers goalie Henrik Lundqvist for the decisive goal.

The six goals allowed by Lundqvist on 40 shots tied a season high.

Ondrej Palat contributed two goals and one assist for the Lightning, who will try to extend their series lead in game four on Friday.

Jesper Fast scored twice, with Dan Boyle and Ryan McDonagh adding a goal and assist each for the Rangers, who also had a goal from Derick Brassard.

Each team surrendered a two-goal lead in the contest, with Boyle forcing overtime with a goal with 1:56 remaining in regulation.