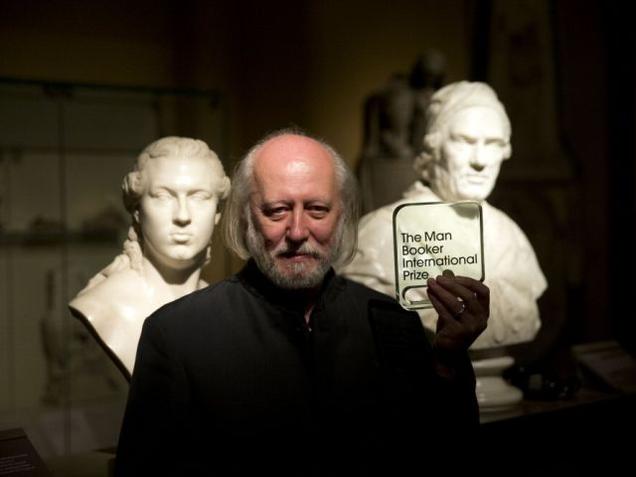 The 2015 Man International Booker prize was awarded to the Hungarian writer Laszlo Krasznahorkai at a ceremony at the V&A in London on May 20.

The 61-year old writer was among a shortlist of 10 writers that included India-born Amitav Ghosh.

The literary prize, worth Â£ 60,000 is awarded to a living author of any nationality who has published fiction either in English or in English translation. Unlike the annual Man Booker Prize for Fiction, the Man Booker International Prize, which is awarded once in two years, is in recognition of a writerâ€™s body of work and overall contribution to fiction rather than to a single novel.

In the 1990s Mr. Krasznahorkai began spending more time in East Asia, notably in Mongolia, China and Japan, and his writing began to feature themes from the aesthetics and literature of these countries. The â€˜Prisoner of Urgaâ€™ and â€˜Destruction and Sorrow Beneath the Heavensâ€™ are books on his experiences in China and Mongolia.

In her speech at the award ceremony, writer and academic, and chair of the judging panel Dame Marina Warner described Mr. Krasznahorkai as a â€œvisionary writer of extraordinary intensity and vocal range,â€ and his work as â€œfiction as epiphany.â€

â€œLaszlo acknowledges Kafka as a precursor, and his own ironies are clear-eyed, with a gift of re-churning reality so that what seems a far-fetched nightmare re-assembles into the all-too recognizable landscape. He can be lethal in his portraits of us human beings, yet also funny — gallows humourous, surprisingly light-footed.â€

Mr. Krasznahorkaiâ€™s translator George Szirtes, who was present at the ceremony, was awarded a translatorâ€™s prize of Â£15,000.

Former winner of the Man Booker International Prize include the late Nigerian writer Chinua Achebe, the American Philip Roth, and the Canadian writer Alice Munro who went on to win the Nobel Prize for literature in 2013.