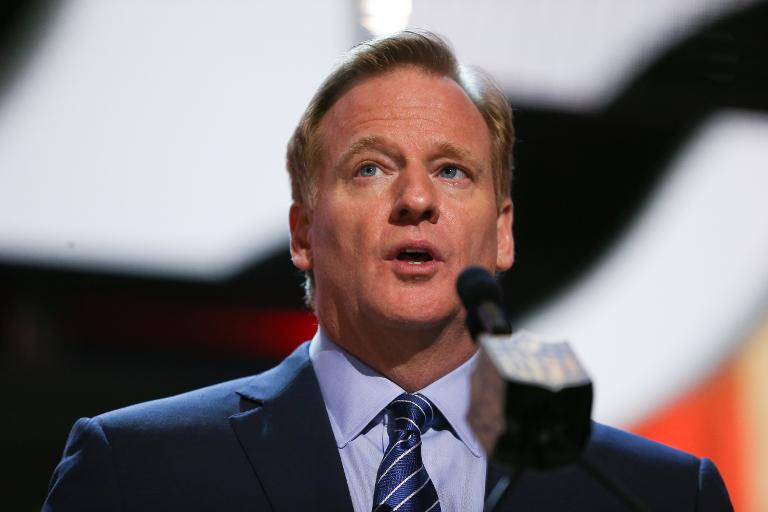 Goodell told reporters Wednesday at the annual NFL owners’ meeting that Kraft chose to accept the punishment for using improperly deflated footballs in the “Deflategate” scandal without any added pressure from the league.

“Robert made the decision. I admire and respect Robert,” Goodell said.

The commissioner said Kraft’s decision followed weeks of talks, and he applauded the move.

“We had plenty of discussions over the last couple of weeks. It was his initiative and something he wanted to do,” he said.

“I certainly admire the step he took. We may disagree on things, that is not unusual. Those things happen.”

The NFL slapped the Patriots with a $1-million fine and docked the team two draft picks following the investigation by lawyer Ted Wells, whose report found they violated rules and failed to cooperate with the probe.

The Patriots were also stripped of their 2016 first-round draft pick and a fourth round pick the following year.

Quarterback Brady, a four-time Super Bowl champion, was suspended for the first four games of the upcoming season.

The suspension comes after Wells found it was likely that Brady was “generally aware” that team equipment personnel deliberately deflated footballs below league minimums before the AFC championship game against the Indianapolis Colts in January.

The players union has filed an appeal on behalf of Brady, who has denied any involvement.

“I look forward to hearing directly from Tom,” said Goodell, who was making his first comments since the report was released.

“I have great admiration for Tom Brady, but the rules have to be enforced on a uniform basis and they apply to every individual. We put the game ahead of everything.”

– Brady penalty for ‘not cooperating’ –

The union requested on Tuesday that Goodell pick someone else to hear Brady’s ban appeal.

Goodell reiterated on Wednesday that Brady’s failure to cooperate with the investigators contributed to the punishment.

“Not cooperating was a factor in the discipline,” he said.

For the most part, Goodell sidestepped questions about Brady. He said he would begin dealing with the union’s demands — including the request that he step aside in the appeal process — when he returns to New York on Thursday.

Goodell said as commissioner it is up to him to uphold the integrity of the league. “We will make sure we do the appropriate things,” he said.

Putting a team in Los Angeles market was a hot topic among owners during the meetings, which took place over three days.

Goodell said it “is not inevitable” that Los Angeles will get a team by 2016, but they are “significantly farther” ahead in talks than they have been in a long time.

“We had a great deal of discussion about the pluses and minuses,” he said. “In some ways we are significantly farther than we have been in any kind of relocation in the past.”

He said more talks are planned down the road to see if they are willing to expand the international series to places like Germany, Brazil and Mexico.

“There is a growing passion for the game on an international basis,” he said.