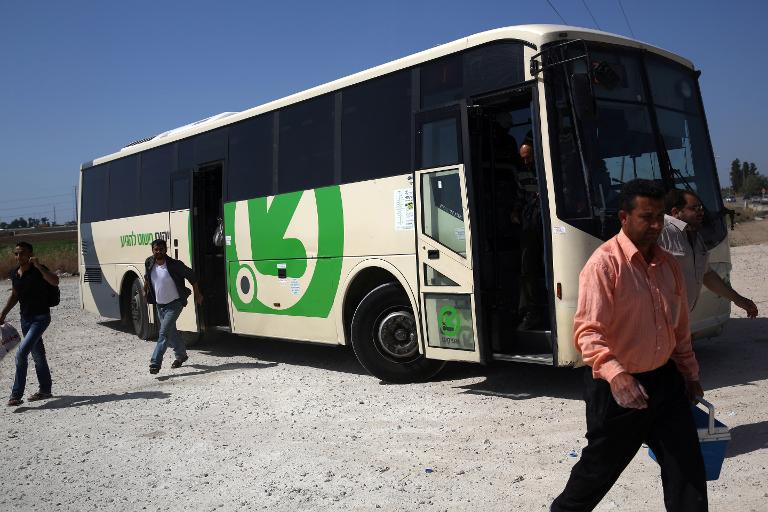 The about-face came as EU foreign policy chief Federica Mogherini began her first visit to the region since a new rightwing Israeli government was sworn in last week.

It was immediately attacked by rights groups and the opposition, who denounced it as an “unprecedented” move that heaped unnecessary humiliation on the Palestinians and would ultimately damage Israel.

US State Department deputy spokeswoman Marie Harf welcomed the withdrawal of the plans.

“We believe that was a positive decision to suspend them. We also know that this proposal raised considerable controversy, and I think with good reason,” she said.

Israeli President Reuven Rivlin said he regretted that the project “could have led to an unthinkable separation between bus lines for Jews and Arabs”.

“I have nothing but regret for the discordant voices that we heard this morning, supporting the separation between Jews and Arabs on the basis of ideas that have no place being heard or said,” he said.

Palestinian president Mahmud Abbas told Mogherini when they met in the West Bank town of Ramallah that the new Netanyahu government posed a threat to resolving the Palestinian-Israeli conflict.

“All of our efforts now are to save the two-state solution from an Israeli government that chose settlements,” Palestinian negotiator Saeb Erakat quoted him as saying.

In remarks just ahead of talks and dinner with Mogherini in Jerusalem, Netanyahu restated his view of a viable peace deal.

“I support the vision of two states for two peoples; a demilitarised Palestinian state that recognises the Jewish state,” he said.

In response, Mogherini said: “I believe your recommitment tonight to work on peace and security”.

In annexed east Jerusalem, a Palestinian driver rammed his car into two border policewomen, moderately injuring them, before he was shot dead by another officer, police said.

Tens of thousands of Palestinians travel each day to work in Israel, mainly in construction.

A travel clampdown, demanded by settlers for years on security grounds, would have significantly extended the Palestinians’ commute time.

But it was quickly stopped by Netanyahu, an official in his office told AFP.

“The proposal is unacceptable to the prime minister. He spoke with the defence minister this morning and it was decided that the proposal will be frozen,” he said.

“The fact that numerous political leaders, high-ranking legal advisors and officers even considered such a despicable practice of ethnic separation on public transportation is worrying and should cause every Israeli to feel shame,” said Yesh Din’s legal counsel Michael Sfard.

Official Israeli figures show there are 52,000 Palestinians from the West Bank with permits to work in Israel.

And World Bank figures indicate there are an additional 40,000 who work illegally inside Israel.

Public radio said Yaalon had agreed to the ban as it would allow for “better control over the Palestinians leaving Israel and a reduction in security threats”.

Israel’s government, which was sworn in on May 14, has shifted to the right by giving increased prominence to Naftali Bennett’s far-right Jewish Home party, which opposes a Palestinian state and strongly backs settlement activity.

Army radio said the ban had been opposed by senior officers, who said the presence of many Palestinians on those buses made the vehicles a less likely target for militant attack.

Opposition leader Isaac Herzog said the measure would have backfired.

“Separating Palestinians and Jews on public transport is an unnecessary humiliation and a stain on the face of the state and its citizens. It adds oil to the bonfire of hatred against Israel in the world,” he wrote on Facebook.

The Peace Now settlement watchdog said such a measure was “unprecedented” since Israel seized the West Bank from Jordan in the 1967 Six-Day War.

“This decision and the continuation of settlement activity proves that the settlers are leading us toward the right into an apartheid regime and to moral bankruptcy,” spokeswoman Hagit Ofran said.