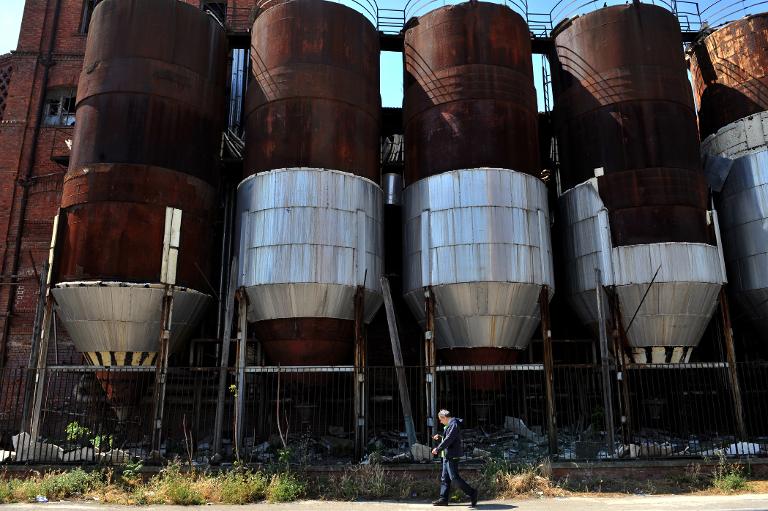 Central bankers from across the world gather in Portugal on Thursday to try to see past pressing issues such as Greece and market turbulence, and take a longer view of the global economy.

The European Central Bank has invited leading economists, academics, financial market players and central bankers from across the globe to a secluded luxury resort in Sintra, around 25 kilometres (15 miles) from Lisbon, for a three-day think-fest.

“The ECB forum gives participants the chance to look through daily policy debates and take a longer-term perspective on a chosen topic,” an ECB spokesperson said.

This year the topic is “Inflation and Unemployment in Europe” and central bankers, academics, financial market representatives and specialised media are invited to take part in an “open and informal discussion that will help meet today’s economic policy challenges in Europe and globally,” the spokesperson said.

The forum — the second of its kind held by the ECB — is seen as Europe’s answer to a gathering in Jackson Hole, Wyoming, organised every year by the US Federal Reserve.

Aside from the official topics, discussions will almost inevitably touch on the current heightened level of nervousness in financial markets and the tortuous negotiations between Athens and its creditors over how to prevent Greece crashing out of the eurozone.

Also taking part will be Fed deputy president Stanley Fischer, as well as the central bank chiefs of England, Ireland and Japan.

Officially, the forum is an occasion to exchange ideas and not make any monetary policy announcements.

However, any statement by ECB officials on price developments in the 19-country euro area will be scrutinised closely.

Given the perceived success of the ECB’s policy of quantitative easing (QE) in gradually pushing up chronically low inflation in the bloc, some players are already beginning to speculate on a possible premature “tapering” or phasing out of the programme.

Under QE, the guardian institution of the euro aims to buy up to 1.14 trillion euros ($1.3 trillion) worth of bonds between March 2015 and September 2016 and prevent the single currency area from slipping into a dangerous downward spiral of falling prices.

In the just over two months since the programme was launched, the ECB has already acquired more than 122 billion euros of public-sector bonds. And the positive effects are already being seen: area-wide inflation is moving up and growth gradually improving.

Last week in Washington, Draghi said the measures had so far proven to be “potent… more so than many observers anticipated”. But he nevertheless insisted the programme would be implemented in full.

The other main theme on the agenda is unemployment, a topic which the French government’s commissioner general for policy planning, Jean Pisani-Ferry, will speak about.

Unlike at the US Federal Reserve, the ECB’s mandate does not expressly include keeping down unemployment.

But Draghi regularly complains that area-wide unemployment is too high and presses governments to push through the necessary structural reforms to change that.