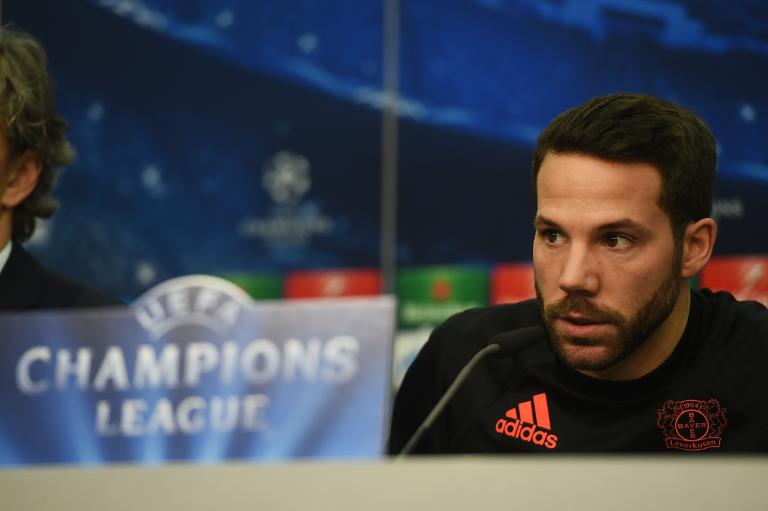 Bayer Leverkusen’s Germany midfielder Gonzalo Castro is set to join Borussia Dortmund next season, according to reports, while coach Roger Schmidt has extended his contract with the Werkself.

German daily Bild reported that the 27-year-old Castro is set to sign for Dortmund for next season in a deal worth 11 million euros ($12.25m), because of a buy-out clause which expires on May 25.

“Dortmund have got in touch about Castro and it looks like he is going to transfer,” confirmed Leverkusen’s director of sport Rudi Voeller.

With Dortmund’s Sebastian Kehl retiring at the end of the season and Ilkay Gundogan having refused to sign a contract extension, Borussia’s in-coming coach Thomas Tuchel needs a defensive midfielder for next season.

As well as Castro, Dortmund are also negotiating with Mainz’s Johannes Geis.

“I don’t want to blame myself later for not having taken on a new challenge,” said Castro, who won the last of his five caps for Germany in 2007 and joined Bayer in 1999.

Meanwhile, Leverkusen, who are set to finish fourth in the Bundesliga which means a play-off to qualify for the Champions League, has extended Schmidt’s contract until 2019.

Schmidt’s deal had been due to expire in June 2016, but he has convinced Bayer’s bosses by steering the team to the knock-out phase of the Champions League where they lost to Atletico Madrid on penalties in the last 16.

“We’re at the start of a development and have a young team with huge potential and a great team spirit,” said the 48-year-old Schmidt.

“Along with my coaching team, I am looking forward to furthering this development in the coming years.”