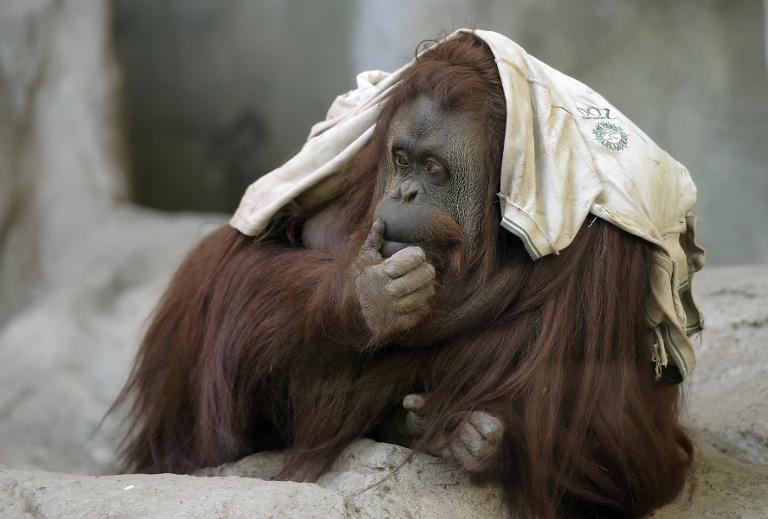 The fate of an orangutan named Sandra is inching through a court in Argentina, after another court ruled she was entitled to certain human rights, including the right to be freed from the Buenos Aires Zoo.

In a world first, a court in the Argentine capital ruled in December that Sandra, a 29-year-old female, was entitled to some of the same basic rights as humans, after lawyers filed a writ of habeas corpus on her behalf, alleging unlawful imprisonment.

So the case on its fate — whether Sandra should keep living at the same zoo where some animal rights activists have claimed she looks depressed — made it to court this month, where Judge Elena Libertori is hearing the arguments, and will rule.

Libertori ultimately is being asked to make a call on whether Sandra, who has spent her life in zoos, can reasonably be released into the wild or the semi-freedom of an animal sanctuary.

Sandra’s attorney Andres Gil DomÃ­nguez told AFP the judge “has heard expert testimony from a witness in the United States, via Skype, and testimony from the head of the … zoo.”

He said that it was innovative for the judge to have referred to human and non-human rights.

Sandra — born at the Zoo Rostock in Germany in 1986 and sent to Argentina in 1994 — is known for her shyness, often hiding from sight in her enclosure.

Animal activists say that is a sign of depression, but some experts say it is normal behavior for orangutans.

Wild orangutans have a life expectancy of about 30 to 40 years. Captives can live longer.

So far, the zoo has proposed changing parts of Sandra’s enclosure, and continues to maintain that the animal is in good health, according to Gil Dominguez.