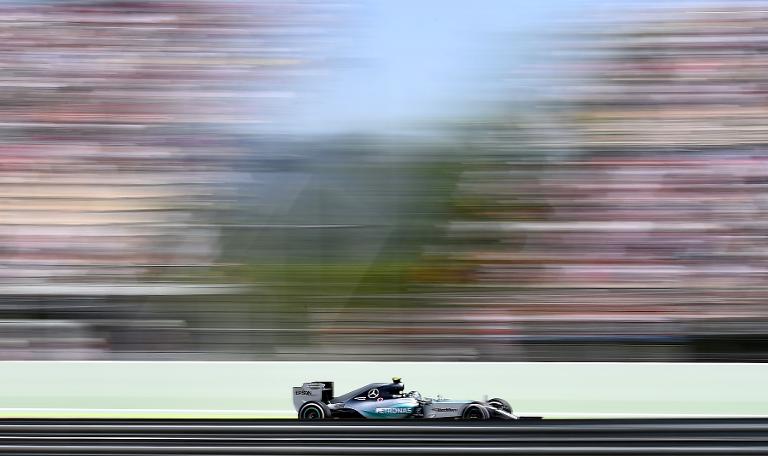 Nico Rosberg will seek to follow his championship-boosting triumph earlier this month by completing a rare hat-trick of successive Monaco Grand Prix wins on his hometown streets this weekend.

The 29-year-old German ended a spell in the shadow of his Mercedes team-mate and two-time world champion Lewis Hamilton with his victory ahead of him at the Spanish Grand Prix, cutting the Briton’s lead from 27 points to 20.

A repeat in Sunday’s classic race around the unforgiving narrow roads of the Mediterranean principality will confirm his return to form and add his name to a revered list of Monte Carlo victors.

Not since three-time world champion and six-time Monaco winner Brazilian Ayrton Senna won five in a row from 1989-93, has any driver won three in a row at Monaco.

Frenchman Alain Prost, a four-time champion, won three successive races from 1984 to 1986, and again in 1988, a feat that endorsed the era of his rivalry with Senna as one of the greatest.

Before them, only Briton Graham Hill managed the feat, winning thrice from 1963 to 1965.

The great German seven-time champion Michael Schumacher won the race five times in all, but never three times in a row.

All of which leaves Rosberg on the cusp of a potentially famous achievement as he attempts to rein in Hamilton, who has won three of this year’s five opening races.

Last year, Rosberg triumphed ahead of Hamilton after a controversial off-road excursion during qualifying left the Englishman fuming amid a variety of conspiracy rumours.

It set the tone for an acrimonious period of rivalry between the two, a spell that Rosberg would be happy to usher in again if it goes with another memorable Monaco win.

Hamilton, however, has other ideas as he strives for only his second win on a circuit he loves.

“I am more than ever looking forward to this one, I really am,” said Hamilton.

“I know that I can rectify things in the next race, which I plan to doâ€¦ I’ve not won in Monaco for a long, long time â€“ I’ve only won it once â€“ so this is going to be my third chance with this great team and with a great car. So hopefully third time lucky.”

Hamilton’s only win came with McLaren in 2008 in his first title-winning season.

Hamilton’s future with Mercedes is expected to be confirmed with an announcement from the team during the weekend. A new contract has been under discussion since the end of last season.

The race will be important, and emotional, too for the Manor Marussia team as it marks the anniversary of their only points-scoring finish, achieved last year when Frenchman Jules Bianchi came home ninth.

Bianchi, however, is unlikely to celebrate as he remains in hospital in Nice recovering from his life-threatening crash during the Japanese Grand Prix last October.

“Without question, it will be emotional,” said the team’s sporting director Graeme Lowdon.

“A lot of people in the team have been thinking about it. I certainly have, so it will be difficult.

“There will be some difficult personal moments for everybody, primarily because of Jules, of course, but also because it was such a memorable weekend.

“Every sport has heroes and in our sport the drivers are the heroes — and Jules drove a really great race that day.”

As Ferrari bid to stay in touch with runaway leaders Mercedes and McLaren-Honda attempt to end their worst start to a season, Pirelli will give the teams a new compound of super-soft tyres, designed to help allow overtaking in the classic 78-laps contest.

“Monaco is often described as a circuit where overtaking is impossible, but we have seen how tyre strategy and degradation can lead to position changes and overtaking,” said Pirelli motorsport boss Paul Hembery.

“That’s what these tyres are for.”