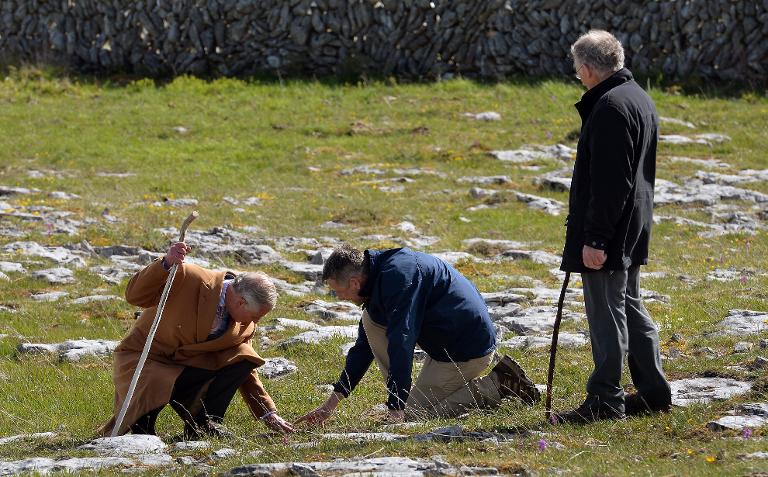 Britain’s Prince Charles will on Wednesday visit the site where his beloved great-uncle Earl Mountbatten was murdered by the Irish Republican Army paramilitary group in 1979.

The first visit by a royal to Mullaghmore since the killing comes a day after Charles became the first British royal to meet veteran Irish republican leader Gerry Adams.

The visit will be a poignant stop for the heir to the British throne on a two-day trip to Ireland that underscores warming relations between the two countries.

Mountbatten, Charles’s godfather, mentor and the last viceroy of British-ruled India, was killed aged 79 when a bomb on his fishing boat exploded off the coast of County Sligo, near the border with Northern Ireland.

Two relatives and a 15-year-old local boy were also killed in what was one of the most high-profile IRA attacks during a period known as “The Troubles”, three decades of conflict in which 3,500 people died.

Ahead of the visit Charles was presented with a piece of fossil coral from Mullaghmore, a 335-million-year-old gift intended to offer historical perspective.

“The coral has seen the ancient tribes of Ireland come and go, the Normans, the Plantagenets, the Tudors, the British Empire and the Troubles,” said geology professor Andrew Wheeler, who presented the gift.

“All of this is just a fleeting moment in the coral’s extraordinary history.”

The IRA claimed Mountbatten’s killing as part of their campaign to end British control of Northern Ireland, and those who carried out the attack were never found.

Charles and his wife Camilla will also view poetry, music and art displays in Sligo before travelling to the grave of famed Irish poet W.B. Yeats, who died in 1939.

Charles on Tuesday met Adams, head of Sinn Fein, the political wing of the now-inactive IRA, who refuses to recognise the authority of the British monarchy in Northern Ireland.

Both aged 66, the two men shook hands at a university in Galway in western Ireland and then had a landmark private meeting.

Adams, who has rejected allegations he was a key figure in the IRA, said that the meeting had been a “big thing for us to do”.

“We did discuss the need for the entire process to move forward… and the need to heal,” Adams said.

He added that “I think it’s fair to say that Charles is also looking to the future and wants to be a positive influence.

“Both he and we expressed regret for what happened from 1968 onwards.”

Adams and other senior Sinn Fein members boycotted Queen Elizabeth II’s groundbreaking visit to Ireland in 2011, the first by a British monarch since Ireland gained independence from Britain in 1922.

The Mullaghmore visit is expected to include a religious service in a nearby church.

British media reported that Mountbatten’s grandson, Timothy Knatchbull, who survived the blast but whose 14-year-old twin brother Nicholas was killed, would also attend.

A local resident, Peter McHugh, who helped pull bodies from the sea, is also expected to be there, according to the reports.

Camilla and Charles, who in 1995 became the first member of the royal family to visit Ireland since independence, will travel on Thursday and Friday to Northern Ireland.