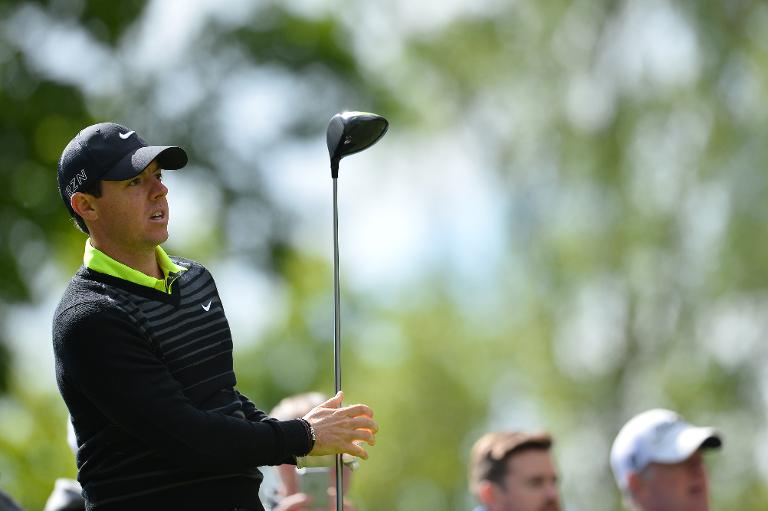 World number one Rory McIlroy has warned his rivals winning the European Tour’s flagship event at Wentworth this week would still leave him hungry for titles.

McIlroy starts the defence of this European PGA Championship title but admits major titles are the currency he wants to deal in.

This time last year, the Northern Irishman had just undergone a high-profile split with tennis star Caroline Wozniacki but still won the title over a course he had previously failed to come to terms with.

That set him off on the course to his third and fourth major titles â€“ in the British Open and the US PGA Championship and he has started this season with a bang landing wins at the WGC Match Play in San Francisco, the Dubai Desert Classic and at Quail Hollow last week.

But McIlroy admits he could win every regular tournament from now until the end of the season but the season would be a failure if he does land a fifth major.

“I’ve got off to a good start,” McIlroy told reporters. “Three wins already this season. I would be disappointed if I wasn’t to win one of the next three majors. I think that’s really what determines a good or a great season for me these days.

“So there’s three majors left this season, and I’d love to add to my tally.”

McIlroy is so focussed on the majors that after playing at Wentworth and at the Irish Open next week he will try and forget about the game until preparing for the US Open at Chambers Bay in Washington which starts on 18 June.

He added: “My mind is focused on the next two weeks here and at The Irish Open. I just want to try and finish off this stretch of golf as well as I can, and I get a couple weeks off after that. Then I’ll start to think about the U.S. Open and get ready for that.

“I’ll probably go and take a look at Chambers Bay a little bit ahead of time. But I am focussed on this two weeks and then I’ll put the clubs away for a few days, and then I’ll turn my attention to the U.S. Open.”

World number six Justin Rose, the 2013 US Open champion, is hoping to lift the trophy here for the first time having attended the event as a youngster watching the likes of Jose Maria Olazabal and Nick Faldo playing.

Rose said: “This would be very special for me to add this one. I call it a bucket list tournament. Outside of the major championships, I can’t think of a tournament I’d like to win more than this one.

“It’s obviously a huge event and given the local feel for me, and the inspiration I got coming to watch this tournament, from about the age of eight, I’ve been coming out here and watching the great players and being inspired to go back to my home course and practise.

“I remember coming out and watching till probably 6.00pm and going home, practising, trying to emulate what I saw that day.”