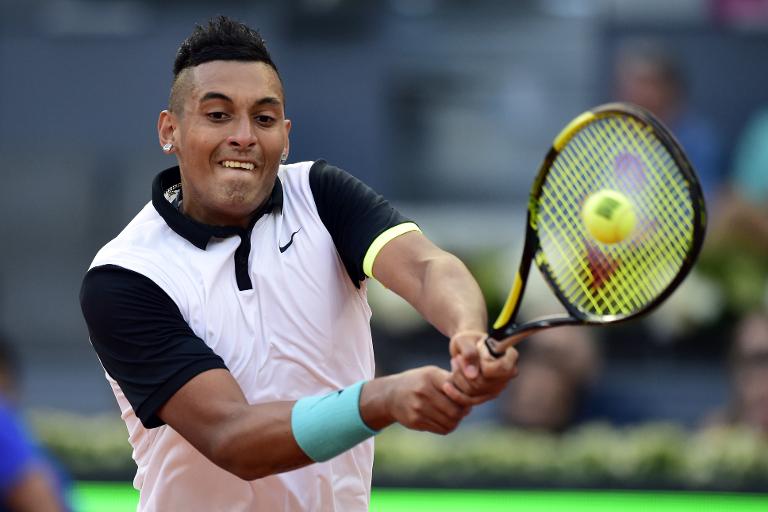 Australia’s Nick Kyrgios and French number one Gilles Simon pulled out of the Nice claycourt tournament with injury on Wednesday, just four days from the start of the French Open.

Kyrgios, who knocked Rafael Nadal out of Wimbledon last year and defeated Roger Federer on clay in Madrid this month, retired from his second round match against Dominic Thiem of Austria with an elbow injury.

â€œI expected a very tough match and I’m really sorry for Nick,â€ said Thiem, who was leading 4-3 at the time.

â€œBut I have to take it like this and of course I’m happy to be in the quarter-finals.â€

Simon, the world number 13 and top seed, withdrew with back pain.

“I am extremely sad to have to pull out of the Nice tournament. The pains are still too much,” he said on Twitter.

Simon was scheduled to have played Australian James Duckworth in his opening match on the French Riviera.

The Frenchman also had to withdraw from the Italian Open earlier this month.