Home Music & Entertainment Get booted if you have no heels! 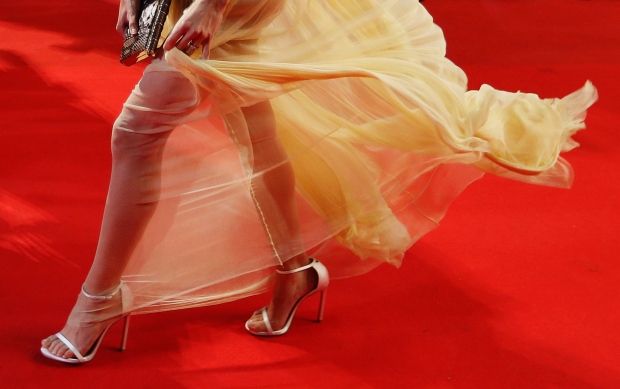 The Cannes Festival is known for all the fashion that descends on the red carpet. However, the fashion police there became rather strict, when women without heels were…sent back.

The prestigious Cannes Annual Film Festival allows women to be nearly naked at the red carpet. It even allows men to wear beach wear or joggers for the fest but it has a problem if the middle-aged women wear rhinestone flats?

Well if you are still not getting it, we will tell you.

The buzz about shoes occurred this week when some women in their 50s were denied access to a showing of the movie Carol because they were wearing flat shoes.

Other women were turned away from screenings for wearing ankle boots and even platform sandals.

“Everyone should wear flats, to be honest, at the best of times” said Blunt, who was there to premiere the Mexican drug war thriller “Sicarioâ€. You kind of think that there’s these new waves of equality.”

Mistake or not, the move exposes an appalling sexist double standard.

Men wear flats every day and no one bats an eyelid, but women wearing flats are not considered to be properly dressed.