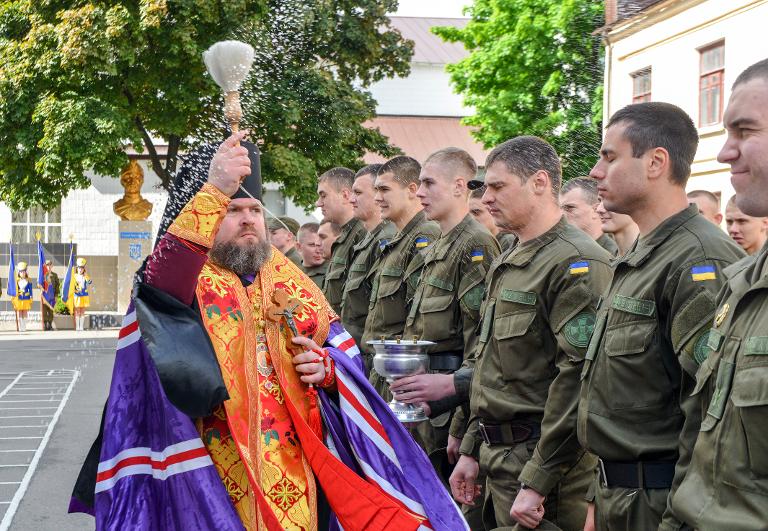 European Union leaders and six ex-Soviet states hold a summit Thursday focussed on the bloc’s Eastern Partnership project, which was designed to bolster mutual ties but has been undermined by Russia’s intervention in Ukraine.

The number one question at the two-day meeting in the Latvian capital Riga will be how the 28-member EU should reconcile the programme — involving Armenia, Azerbaijan, Belarus, Georgia, Moldova and Ukraine — with its relations to Russia.

Russia’s 2014 annexation of the Crimean peninsula from Ukraine, and alleged backing of separatists in eastern Ukraine showed that it is determined to block its former satellites from shifting towards the West, and thereby maintain its sphere of influence.

Given that, the Eastern Partnership project — which was set up in 2009 to ensure an area of stability and security — can only move forward slowly, according to Latvian political scientist Andris Spruds.

However, there have been signs of desire to calm the storm in Ukraine by Berlin, Paris and even Moscow, which dropped its opposition to a landmark EU-Ukraine trade deal starting next year.

“We only want one thing… for these ties to not be built at the expense of the Russian federation’s legitimate interests,” he told reporters.

The last Eastern Partnership summit, in the Lithuanian capital Vilnius in November 2013, went up in flames after then-Ukrainian president Viktor Yanukovych pulled out of an association accord with the EU in favour of closer ties with Russia.

The last-minute decision provoked weeks of protests, Yanukovych’s flight from the country, Russia’s annexation of Crimea and the ongoing conflict in eastern Ukraine between pro-Kremlin rebels and government forces.

It was only in June 2014 that Ukraine’s current pro-EU President Petro Poroshenko inked the association agreement.

The two sides are now due to sign a document confirming new economic aid worth 1.8 billion euros ($2 billion) for Ukraine on the sidelines of the summit.

Prospects of EU membership for the six Eastern Partnership countries are nonexistent for now, and will remain so for the next five years, according to European Commission President Jean-Claude Juncker.

His diplomatic chief Federica Mogherini is looking first and foremost to improve relations with Russia, according to Eastern Partnership expert Elzbieta Kaca from the Polish Institute of International Affairs.

So the collective effort will be to balance EU interests and objectives, while also showing respect for those of Moscow.

“Many think we should build a monument to (Russian President Vladimir) Putin because he has mobilised many countries, many identities,” Spruds told AFP, adopting a slightly joking tone.

“He has mobilised NATO, the EU, reinforced Ukraine’s identity. Russia is in a positive way the bull in a china shop,” he added.

But “for many countries within the EU (Russia) is not just a business partner, but also a political and diplomatic partner whose interests will be indirectly taken into account.”

Even the summit organisers, the EU and Latvia — currently at the helm of the six-month rotating EU presidency — recognise that no major decision is in the cards this time.

“We want to get a reconfirmation from the European Union of the strategic importance of this region and of this policy,” said Juris Poikans, Latvia’s ambassador to the Eastern Partnership.

“The summit will not break new ground but will show that the policy works,” added an EU official.

Those countries that have already concluded association agreements with the EU — Georgia, Moldova and Ukraine — will be encouraged to continue to reform their laws and regulations to move towards better cooperation with the bloc.

A potential incentive for them is visa-free access to the 28-member EU, which Moldova already cinched last year, but which Georgia or Ukraine have yet to obtain.

Visa-free access for Georgians and Ukrainians is off the table for now, according to sources close to French President Francois Hollande.

Armenia, meantime, turned its back on the association agreement with the EU when it joined Putin’s flagship Eurasian Economic Union last year.

Moscow set up the trading bloc, which also includes Belarus and Kazakhstan, in 2010 to counter the pull of the EU on former communist east European states.

Yet Armenia could announce in Riga that it is returning to the negotiation table with the EU.

The summit could also provide a framework for talks on off-topic but pressing issues, including sanctions against Russia, migrant quotas and Greek liquidity woes.