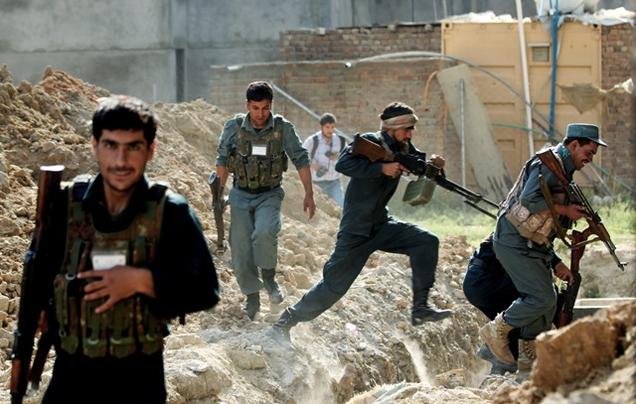 Kabul: Former Afghan President Hamid Karzai on Wednesday demanded the immediate scrapping of a key accord signed between Pakistan’s ISI and Afghanistan spy agency to share intelligence, asking the unity government not to ink such deals which went against the country’s national interests.

Expressing deep concern over the development, Karzai said the government should “immediately cancel” the Memorandum of Understanding between the Afghan Intelligence and Pakistan’s Military Intelligence – Inter Services Intelligence (ISI).

The statement further said that Karzai, who was in power for a decade since 2004, has also called on the leaders of the unity government to prevent signing such agreements which are against the national interests of the country.

Pakistan’s army spokesman Major General Asim Saleem Bajwa announced the signing of the MoU between the ISI and Afghanistan’s National Directorate of Security (NDS) in a Twitter post late on Monday.

Bajwa did not say when the deal was signed.

However, the announcement came days after Pakistani Prime Minister Nawaz Sharif, along with army chief General Raheel Sharif and the head of the ISI, Lt-Gen Rizwan Akhtar, visited Kabul to bolster cooperation in the fight against militants.

Pakistan and Afghanistan have long accused each other of sheltering Taliban militants, but ties have warmed since Ashraf Ghani succeeded Karzai in September last.

Of late, both Islamabad and Kabul have significantly toned down their rhetoric, and reports say Ghani has sought to reassure Pakistan that the new Afghan government is not working with India to undermine its interests.

Meanwhile, Khaama Press also reported that the signing of the agreement has sparked uproar among the current and former Afghan officials with reports suggesting that the NDS chief Rahmatullah Nabil opposed to ink the agreement.

Quoting sources privy to the development, the report said that the agreement with ISI was signed by deputy NDS chief three days ago.

The sources further added that the agreement will allow ISI to train and equip the NDS personnel.

The Afghan intelligence and ISI will jointly interrogate the detained insurgents based on the agreement, the officials said.

However, the NDS officials rejected that the NDS operatives would be trained and equipped by Pakistan based on the latest agreement between the spy agencies.

NDS spokesman Haseeb Sediqi said the MoU signed with Pakistan is not against the national interests of the country and the agreement was concluded based on previous mutual cooperation between the two nations.