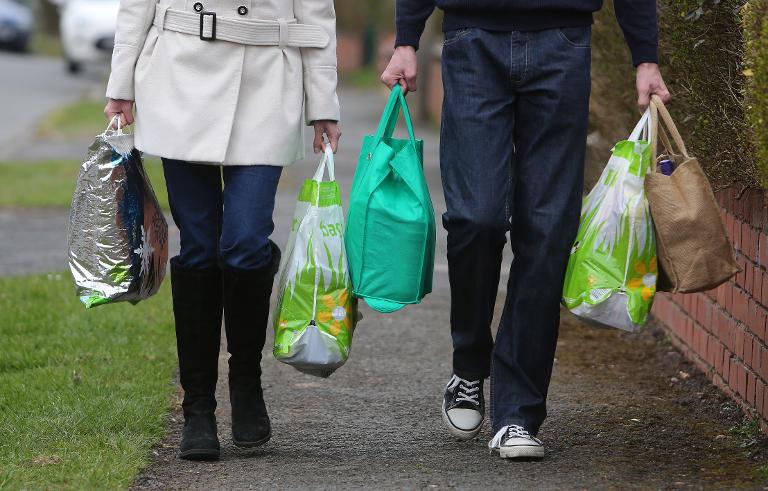 Britain’s annual inflation rate sank into negative territory last month for the first time in more than half a century, official data showed on Tuesday.

The rate hit minus 0.1 percent in April, the Office for National Statistics (ONS) said in a statement, risking a period of deflation for Britain’s economy.

Prices were pushed into negative territory on the back of falling transport services — notably air and sea fares — and the earlier timing of Easter.

That was the lowest rate on record — since the data series began in 1996 — and comes after two previous months of zero inflation.

The ONS added that it was the first time that inflation has turned negative since 1960, citing comparable historic estimates.

An experimental data series created by the ONS indicated that CPI was last negative in March 1960, when it stood at minus 0.6 percent.

The Consumer Prices Index (CPI) fell by 0.1 percent in the year to April compared to no change in the 12 months to March, the ONS added.

“Today we see good news for family budgets with prices lower than they were a year ago,” Osborne said.

“As the governor of the Bank of England said only last week, we should not mistake this for damaging deflation.

“Instead we should welcome the positive effects that lower food and energy prices bring for households at a time when wages are rising strongly, unemployment is falling and the economy is growing.”

Deflation — a sustained period of falling prices — can be good for consumers because it means that their wages go further.

However, deflation can also trigger a vicious spiral in which companies and households delay their investments and purchases. In turn, that can throttle demand and spark hefty job cuts.

Osborne added: “We have to remain vigilant to deflationary risks and our system is well equipped to deal with them should they arise.”