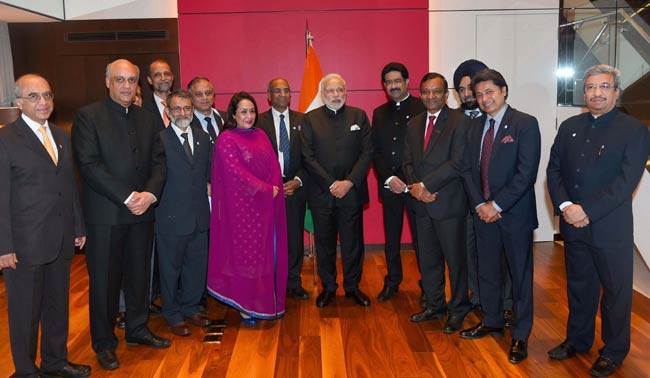 The Ministry of Strategy and Finance and the Export- Import Bank of Korea expressed their intention to provide $10 billion for mutual cooperation in infrastructure, said a joint statement issued after the meeting.

The $10-billion pledge comprises “Economic Development Cooperation Fund ($1 billion) and export credits ($9 billion) for priority sectors, including smart cities, railways, power generation and transmission, and other sectors to be agreed”, it added.

The Modi-government has identified infrastructure as a key priority area to revive the economy. Modi’s Korea visit was aimed at getting Korean investment in sectors like ship-building, which is lagging due to non- availability of technology in India.

The leaders called upon the business community from India and Korea to leverage the enormous synergies between their economies for mutual prosperity.

The statement further said the leaders welcomed the interest of companies of the two countries in co-operation in the area of ship-building, including the construction of Indian vessels such as LNG carriers.

The Indian government, it said, expressed its hope to discuss partnership with Korea with an aim to modernise the Indian ship-building industry. “The governments of both countries decided to provide support for facilitating private sector discussion on ways to cooperate in this area,” it said.

A Joint Working Group that includes the government and private sectors of the two countries will be established to facilitate cooperation in the shipbuilding sector.