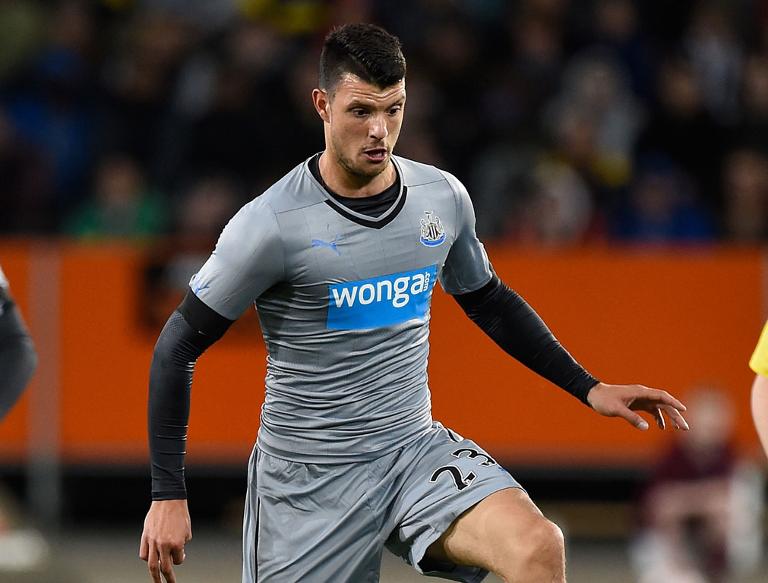 Haris Vuckic hopes Rangers can take advantage of Hibernian’s extended break when they face the Edinburgh side in the first leg of their Scottish Premiership play-off semi-final at Ibrox on Wednesday.

The fallen Glasgow giants booked their place in the semi-final with a narrow 3-2 aggregate win over Championship rivals Queen of the South following a 1-1 draw on Sunday.

Stuart McCall’s side have just two days to recover while their opponents have had 18 days to prepare for the crucial matches courtesy of finishing second in the Championship table.

But on-loan Newcastle midfielder Vuckic, who helped Rotherham win promotion to the second tier English Championship via last season’s play-offs, believes the momentum Rangers have built-up will give them the edge heading into the crunch double header against the side from the Scottish capital.

“Play-offs are always hard games. You have to win matches and come through games — that was the same for me at Rotherham last year, obviously,” said the 22-year-old Slovenian international.

“But it’s a bit more pressure here, you know. Rangers want to be where they belong.

“We’re working hard to do that. Now we’ve got two games against Hibs and we’ll see where we’re standing.

“It could be an advantage that we’ve been playing, could be a negative. We’ve only got two days to recover, but we’ve got match fitness, having played two games in a row.

“Hibs have had 18 days just training hard. Even if they play a friendly, that is nothing compared to a play-off game. So hopefully we can take advantage.”

Rangers have had trouble against Hibs this season and lost the first three fixtures against Alan Stubbs’ side before triumphing 2-0 at Easter Road in March.

But Vuckic insists that sole victory can give his side a psychological edge as they aim to book their place in the play-off final against Motherwell, who will finish second bottom of the top flight.

“That result gives us great confidence. It’s always good to know we can beat them,” the Slovenian said.

“They beat us in the two games before that, but we went away and we showed them what we can do to them. Two-nil was a great win and I’m confident we can do it again.”