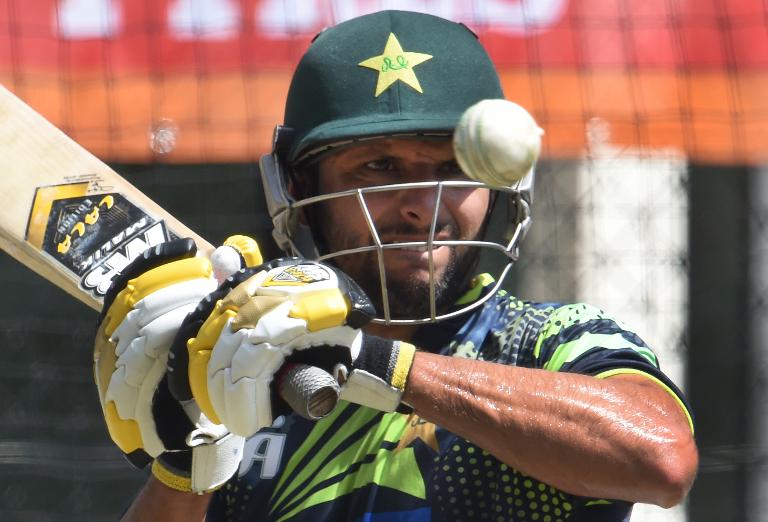 Pakistan’s Twenty20 captain Shahid Afridi Tuesday led his country in welcoming the Zimbabwe team and praised the visitors’ “courage” after they became the first Test-playing nation to visit in six years.

Zimbabwe arrived early Tuesday under top-level security, and are set to play two Twenty20 internationals on Friday and Sunday followed by three one-day matches on May 26, 29 and 31, all in Lahore.

“I am delighted to see the return of international cricket to Pakistan,” Afridi told AFP. “It is like the spring of cricket after six years of autumn.”

“The courage of the Zimbabwe team must be praised and they delighted our fans who have been waiting for international cricket for quite some time now.”

Zimbabwe are the first Test team to tour Pakistan since militants attacked the Sri Lankan team bus in March 2009, killing eight people and leading to the suspension of all international cricket in the country.

The tour was almost called off last week after gunmen massacred 45 minority Shiites in the city of Karachi, but in the end Zimbabwe decided to go ahead.

ODI captain Azhar Ali, who made his debut in 2010 and has never played at home, added it was a dream come true for players like himself.

“I am elated at the return of cricket to Pakistan,” Ali told AFP. “It will be a special day for player like me who have not played before their home crowds and don’t know the taste of playing on our grounds.”

“Our fans have been deprived of watching their stars on their home grounds and this coming series will give inspiration to the young players,” Ali said.

“I pray that this tour goes without any problem so that more and more teams come and play on our grounds,” he added.