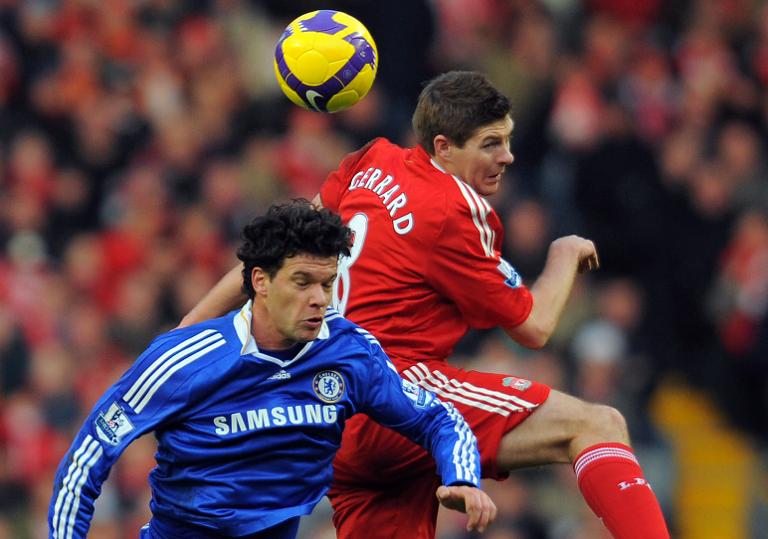 Former Chelsea midfielder Michael Ballack paid tribute to departing Liverpool captain Steven Gerrard on Monday, describing him as a “gentleman” who was “a joy to play against”.

Gerrard, 34, played his final home game for Liverpool in Saturday’s 3-1 loss to Crystal Palace and is expected to make his 710th and last appearance for the club at Stoke City this weekend before joining the Los Angeles Galaxy.

Ballack crossed swords with Gerrard several times during his four years at Chelsea and was also on the receiving end of a 25-yard Gerrard rocket in England’s 5-1 rout of Germany in a World Cup qualifier in Munich in 2001.

“When a player is able to play for such a long time just for one club, and a great club like Liverpool, it’s an outstanding career,” Ballack told AFP in London during an event for Champions League sponsors MasterCard.

“It was always a joy to play against him, and he’s not just a great footballer. He always had great behaviour on the pitch, which is nice to see.

“He was a gentleman on the pitch and with all his qualities, when you went to Anfield Road to face him, you knew there would always be fair play on the pitch, and that was nice.”