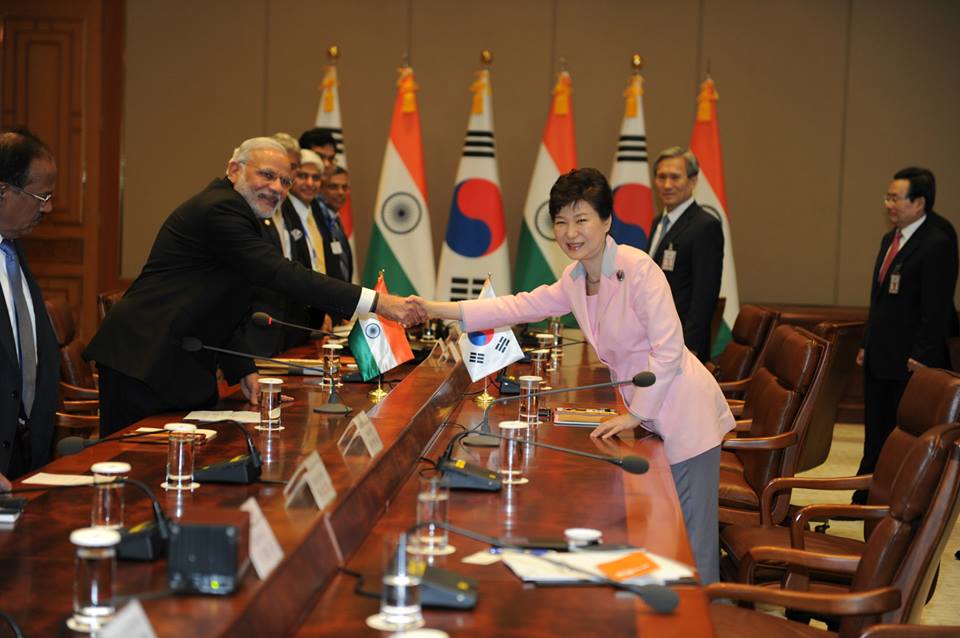 Seoul:Â  Prime Minister Narendra Modi on Tuesday sought more South Korean investment in India, promising CEOs in Seoul a more stable and predictable taxation system, and emphasising that his government is working aggressively to make India a very easy place to do business.

Addressing a CEO’s forum on the last day of his three-nation tour, that also took him to China and Mongolia, the PM said, “There is renewed commitment from my government to change the face of the country,” and promised his personal attention to hurdles.

He said his government has in the last one year restored India’s global positioning in politics, governance and economy.

“But we are not going to stop here. We have to and we will do a lot better,” the PM said.

“There is a lot we can do together… there is potential for cooperation between India’s software and Korea’s hardware industry,” he said.

The Prime Minister praised Korean industry and said India and Korea had much in common. He also said he was “fascinated” by Korea. “I used to wonder how the country of the size of Gujarat can achieve so much… We want to achieve what Korea has already done, that is why we are here,” he said.

On Monday, India and South Korea agreed to step up defence cooperation while Seoul pledged $10 billion in finance for infrastructure projects.

South Korea’s Ministry of Strategy and Finance and the Export-Import Bank of Korea will create a $1 billion Economic Development Cooperation Fund and provide $9 billion in export credits to India, the two countries said in a statement.