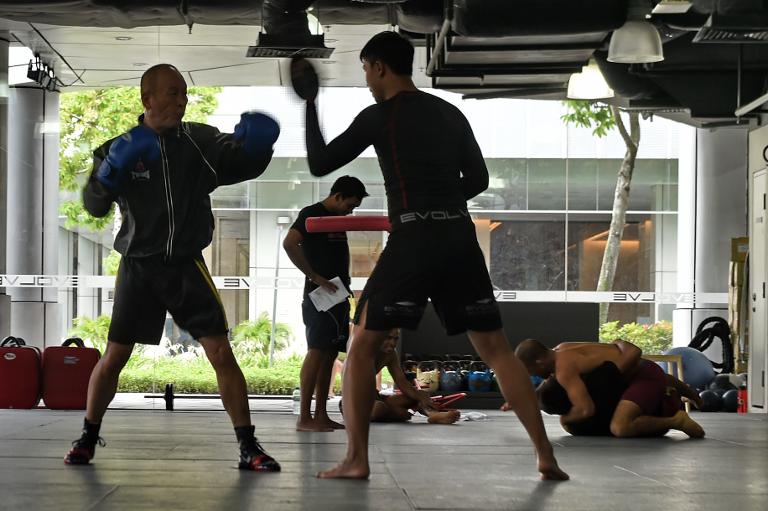 The explosive growth of mixed martial arts (MMA) in Asia is putting the squeeze on boxing as it attracts millions of young fans and sells out venues across the region.

Just a few years ago, cage fighting was seen as a niche and grisly pursuit but it is moving into the mainstream with major TV and sponsorship deals and a planned $1 billion IPO for Asia’s main player.

Gyms are mushrooming across Asia and fights have been held in dozens of major cities across a region which groups about 4.4 billion people, two-thirds of the world’s population.

MMA has also taken hold in the Americas and Europe but it has a particular appeal in Asia, which is the birthplace of the martial arts but lacks homegrown sports heroes.

Its success is cutting into the fanbase of other combat sports, notably boxing, which is making a belated push for the Asian market with several big fights in Macau.

Even Manny Pacquiao, Asia’s best known boxer who lost this month’s “Fight of the Century” to Floyd Mayweather in Las Vegas, is a fan and investor in One Championship.

The growth of the Singapore-based company, the most prominent of several Asian MMA organisations, is testament to the sport’s rapid expansion in the region.

Sponsors include L’Oreal and Sony, and a tie-up with Disney means One Championship promotes films such as “Avengers: Age of Ultron” and the forthcoming Star Wars.

CEO Victor Cui said by the end of 2017 the company aimed to hold one event a week, and that it planned a billion-dollar share listing in three years’ time.

“Compared to MMA, boxing attracts only the boxing fans whereas MMA is across all the martial arts,” he told AFP at a large MMA gym in downtown Singapore.

“The appeal base across Asia is quite different, because every Asian country has some form of martial art that they already do… whereas boxing is not as heavily rooted in every country.”

In MMA fights, competitors can use a variety of martial arts to knock out their opponent or force a submission or stoppage, as well as accumulating points on the three judges’ scorecards, making the action varied and sometimes vicious.

While opinions vary about the sport’s merits, it is attracting a large and young Asian fanbase, often male, fuelled by its prevalence on TV and social media.

“There’s a misconception that it’s bloody, that it’s brutal, but there’s a lot of respect that goes on out of the cage,” said Matt Eaton, editor and publisher of the Hong Kong-based Rough magazine and website.

“They’re martial artists, they have a lot of respect for each other.”

He added: “Boxing has done itself a bit of a disservice by remaining relatively old school. People still like the spectacle of boxing… but what MMA has got going for it is that it’s a relatively new sport, it’s almost a native of this whole digital world.”

Boxing’s schism with the martial arts widened this month when the International Boxing Association (AIBA) decided to pull out of the 2017 World Combat Games, preferring to maintain its “noble” image.

AIBA officials were not available to comment for this story when approached by AFP. But One Championship’s Cui said boxing faced “a bit of a challenge” to reach prominence in Asia.

“The conversation we had with Manny (about investing) was, only Manny could fill out a 20,000-seater stadium in the Philippines, there’s no other boxer who could do that,” Cui said.

“Here’s our sport One Championship, we don’t have our Manny Pacquiao yet, but we’re filling 20,000-seat stadiums.”

A key element to the growth is the fitness boom and the trend towards more challenging and varied workouts than the traditional approach of lifting weights at a gym.

During AFP’s visit to the Evolve gym in Singapore, dozens of people were using their lunch break to punch, kick and grapple their way into shape.

“It’s just so stimulating, so challenging… I just wanted do something different with my life,” said Singapore zoo keeper Rachel Yeo, 27.

“This place makes me feel alive.”

Boxing’s cause was not helped by the disappointing “Fight of the Century”, when Mayweather skilfully picked off Pacquiao while keeping largely out of range.

“Hard to watch sober,” was the verdict of Singaporean cage fighter Stephen Langdown, 22, who said it compared poorly with the spectacle of MMA.