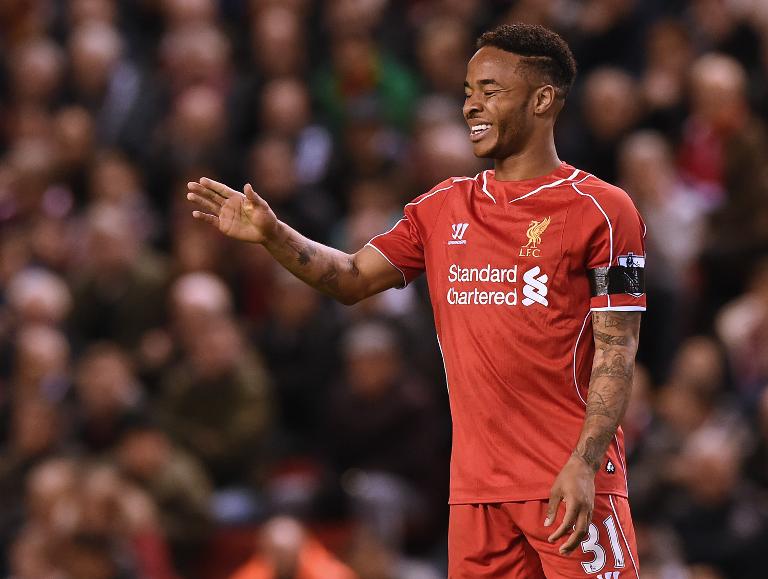 Liverpool forward Raheem Sterling is set to rock the Premier League club by telling them he wants to leave in the close-season, according to reports on Monday.

Sterling and his agent Aidy Ward put contract negotiations on hold earlier this season despite being given what Liverpool manager Brendan Rodgers described as a “fantastic offer”.

It was reported that offer would have increased the 20-year-old’s wages to around Â£100,000-a-week and, in response to mounting criticism of his attitude from frustrated Liverpool fans, the England international was forced onto a public relations offensive in which he denied he was a “money-grabber”.

But Liverpool have been unable to convince their prize asset to sign the new deal and the BBC and the Daily Express say Sterling and his agent have asked to meet Rodgers and Reds chief executive Ian Ayre, possibly as soon as Friday, for showdown talks when he is expected to demand a move.

Sterling is believed to want to play in the Champions League and Liverpool will be missing from Europe’s elite club competition next term after a disappointing Premier League campaign, which sees them in fifth place, seven points behind fourth placed Manchester United, heading into the final round of fixtures.

Manchester City are said to be interested in signing Sterling, with Real Madrid, Arsenal and Chelsea also reported to be watching the situation with interest.

Liverpool are believed to be determined to hold onto the youngster, whose current contract runs until 2017, and US-based owners Fenway Sports Group will demand a fee of around Â£50 million before they would consider selling.

Sterling’s bombshell announcement is another blow to Rodgers, who has struggled to replace Luis Suarez following the Uruguay forward’s move to Barcelona last year.

Rodgers has also had to cope with the continued injury problems of England striker Daniel Sturridge, while also planning for life without captain Steven Gerrard, who will end his 17-year association with Liverpool when he joins LA Galaxy at the end of the season.