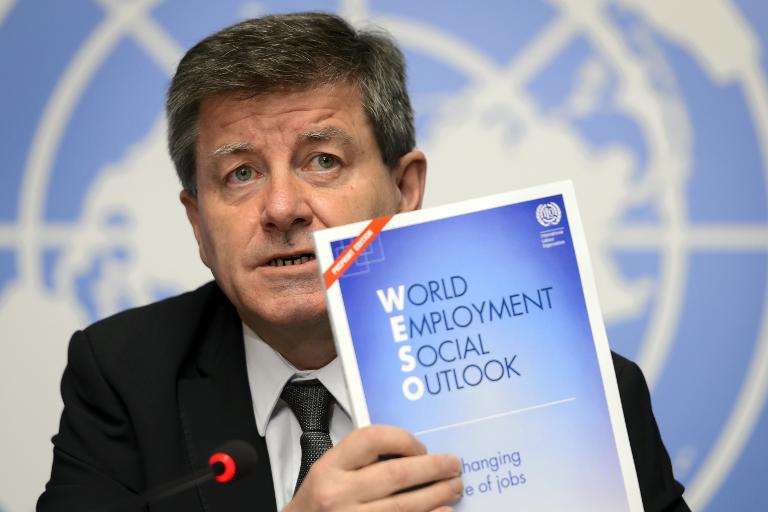 Only a fourth of the world’s workforce have stable contracts, leading to growing job insecurity, a UN report said Tuesday.

The dwindling share of steady jobs comes against the backdrop of soaring global unemployment, with 201 million people jobless last year — 30 million more than before the 2008 financial crisis, ILO said.

The organisation’s main annual report, covering more than 180 countries and 84 percent of the global workforce, said a full three-quarters of workers have temporary or short-term contracts, held informal jobs or were in unpaid family work.

In such conditions, working is no guarantee of prosperity.

Many of the world’s workers find themselves in dire poverty, with nearly a quarter of them last year living with their families on less than $2 a day, and 10 percent of the global workforce lived on earnings of less than $1.25, the report said.

This was however a vast improvement from two decades ago when half the worldâ€™s workers lived below the $2 poverty line threshold.

But while the proportion of workers wallowing in poverty dwindled, Tuesday’s report showed a clear rise in part-time work, especially for women, after the global financial crisis.

“These new figures point to an increasingly diversified world of work,” Ryder said, calling the shift from standard jobs a “departure from long-term historical patterns.”

“In some cases, non-standard forms of work can help people get a foothold into the job market,” he said, warning though that the “emerging trends are also a reflection of the widespread insecurity that’s affecting many workers worldwide today.”

There were wide regional variations in terms of solid contract-bound employment with the figure standing at around 80 percent in developed economies and central and southeastern Europe but falling to about 20 percent in South Asia and sub-Saharan Africa.

The rest were self-employed or engaged in family jobs.

“The shift we’re seeing from the traditional employment relationship to more non-standard forms of employment is in many cases associated with the rise in inequality and poverty rates in many countries,” said Ryder.

“What’s more, these trends risk perpetuating the vicious circle of weak global demand and slow job creation that has characterised the global economy and many labour markets throughout the post-crisis period.”

Ryder said this was a pointer to the pressing need for governments to help spur job creation and try and ensure income security for people on temporary contracts, who tend to earn far less than their permanent contract counterparts.

ILO said the income gap between permanent and non-permanent workers had ballooned over the past decade, and now towered as high as 65 percent in Uruguay and 43 percent in the Philippines.

Global employment growth has meanwhile stalled at around 1.4 percent annually since 2011, down from 1.7 percent on average between 2000 and 2007, the report said.

It argued for the need for stronger labour regulation to protect workers from arbitrary or unfair treatment.

“In Europe, labour protection has generally decreased since 2008 when the global financial crisis started,” it said.

Ryder said another problem was that “productivity is growing faster than wages in much of the world.”