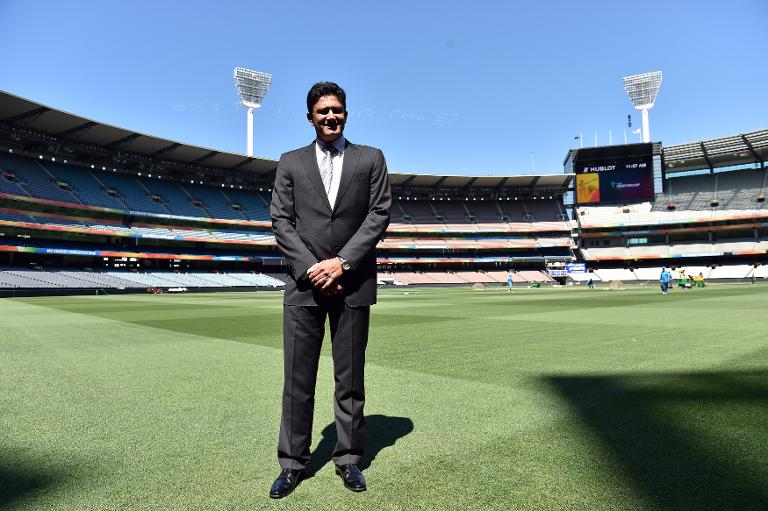 An advisory panel of the International Cricket Council has recommended that Test-playing nations should look at holding five-day matches under floodlights to attract more spectators.

International one-day and Twenty20 games are played at night with white balls, bringing in fans after office hours, but day-time Tests have seen dwindling crowds especially in the influential Indian sub-continent.

Playing Test matches into the night has been mooted by the sport’s governing body for the past two years and different coloured balls have been tested to see if they can last the distance.

The ICC’s cricket committee, which met in Mumbai over the weekend, said it had been encouraged by positive reports about the pink balls used in a four-day first-class match in Abu Dhabi in March and discussed day-night Tests at length.

“As a result of these discussions, there will be a strong recommendation from the committee to member countries that they should identify opportunities to play Test matches that extend into the evening hours,” an ICC release said.

But the committee, headed by former India captain Anil Kumble, said it was not in favour of reducing Tests to four days, although this proposal could be considered in future.

“There was also discussion on the concept of four-day Test cricket, and while the committee was not of the view that Tests should be shorter than five days, the game will need to be open to considering proposals in the future that look to enhance the public appeal of cricketâ€™s oldest format,” the committee said in the ICC release.

The committee’s recommendations will be placed for approval at the ICC’s annual meetings in Barbados next month.

Australia hope to host the first ever day-night Test against New Zealand later this year — but reports earlier this month said 17 of the 20 contracted Black Caps players opposed the idea.

“We surveyed the players pretty comprehensively a month or so ago and they’re not keen to play a day-night Test at the moment,” New Zealand Players Association chief Heath Mills was quoted as saying.

Australian and New Zealand officials are due to meet on the sidelines of the ICC meetings in Barbados to take a final call on the matter.

Meanwhile, the committee also suggested changes in the one-day fielding restrictions to ensure a balance between bat and ball following a high-scoring World Cup earlier this year.

“There were times towards the end of an ODI innings that bowlers and fielding captains appeared to have limited defensive options available to them,” the committee noted.

It was suggested that the rule to have two fielders in catching positions in the first 10 overs be removed and five fielders be allowed outside the circle in the final 10 overs as opposed to only four.

“These changes will allow fielding captains greater freedom to both attack and defend when required,” the committee said.