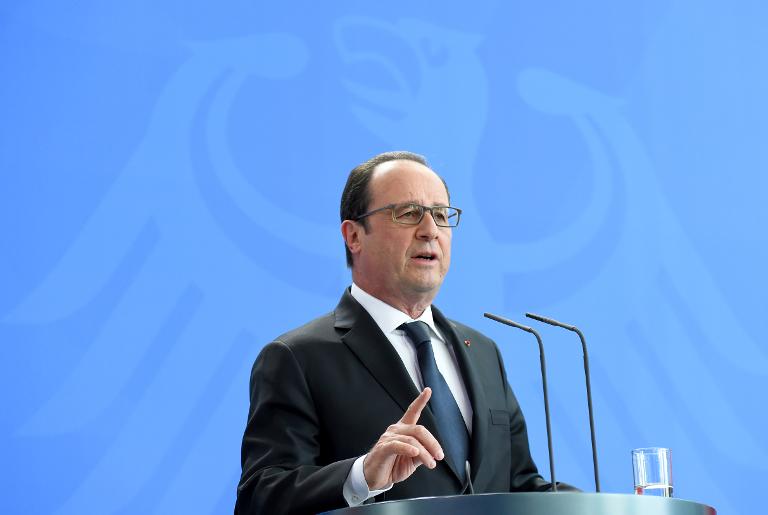 French President Francois Hollande said Tuesday that quotas for migrants in Europe were “out of the question” but said he supported a better distribution of refugees between EU countries.

“It’s out of the question to have immigrant quotas because we have rules” on border checks and policies for overseeing immigration, Hollande said at a joint press conference with German Chancellor Angela Merkel.

“People who come because they think that Europe is a prosperous continent, even when they are not hired by companies… must be escorted back, that’s the rule,” Hollande told reporters.

“So one cannot talk of quotas, there can’t be quotas for these migrants,” he said, adding that quotas for “the right to asylum” would not make sense.

However, with refugees arriving in great numbers in certain countries, Hollande said, citing Germany, France or Sweden, “we must ensure that other countries can also play their part.

“This is what we call distribution,” Hollande said.

Merkel said she and Hollande had each asked their interior ministers to “reflect” on proposals by the European Commission.

“There are many questions that deserve examination,” she told reporters.

These include how to deal with people who don’t have the possibility of asking for political asylum.

“I am sure that on that we will have a Franco-German position soon,” she said.

An action plan presented by the European Commission on asylum and immigration foresees binding quotas to ensure the burden of taking in refugees is fairly shared out, and in a crisis, the transfer of asylum-seekers between EU member states.