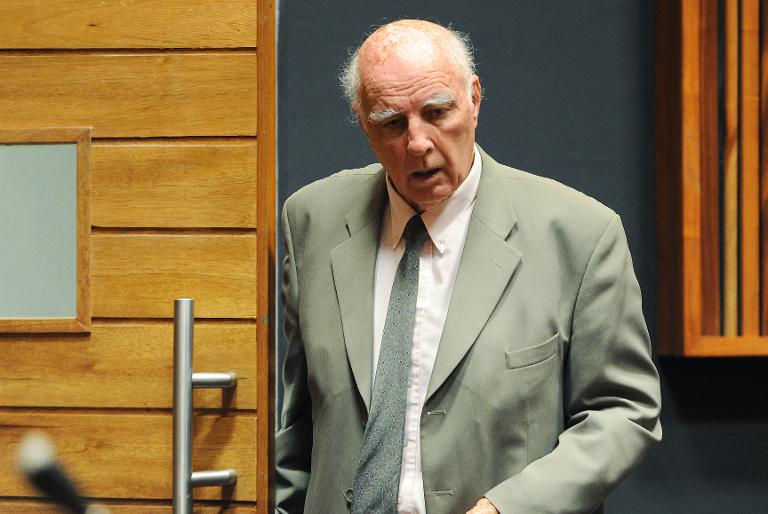 Australian-born former tennis Grand Slam champion Bob Hewitt was granted bail Tuesday after being sentenced to six years in jail in South Africa for raping and assaulting young girls he coached in the 1980s and 1990s.

Victims attending the bail hearing reacted with anger to the judge’s decision to allow Hewitt to avoid prison for at least a month after his lawyers argued they needed more time to prepare his appeal.

“Six years is great, but if it is all just on paper and all words?” Twiggy Tolkien, one of his accusers who waived her right to anonymity, said, according to the News24 website. “He’s just got to start serving it.”

Hewitt, 75, had pleaded not guilty to the two charges of rape and one of sexual assault that were brought against him by three women in 2013.

He won numerous Grand Slam doubles titles during his career in the 1960s and 1970s and was inducted into the International Tennis Hall of Fame in 1992.

But his name was removed from the Hall of Fame list following a series of sexual abuse allegations.

His wife Delaille, who is recovering from ovarian cancer, had pleaded for the judge not to send her husband to jail, saying she would not able to cope alone on their citrus farm in Eastern Cape province.

Hewitt was born in Dubbo, Australia, but has spent much of his life in South Africa.

His lawyers were given until June 19 to prepare his appeal application.