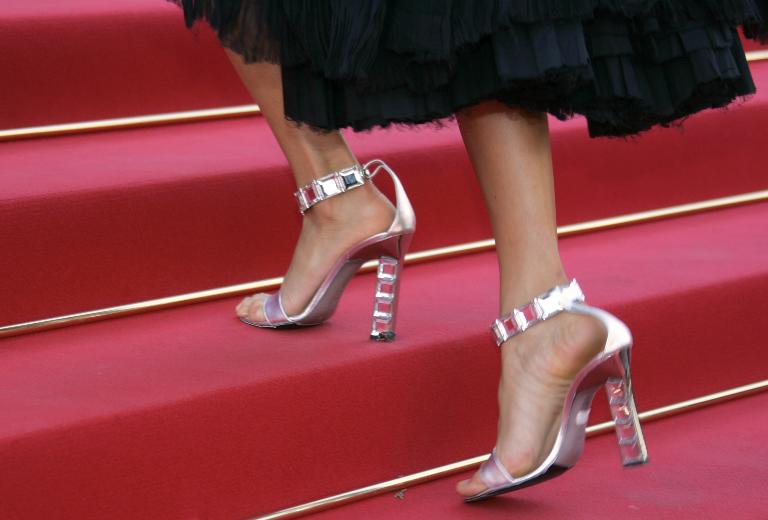 Cannes Film Festival organisers denied a report Tuesday that they were enforcing a strict high-heel rule for women on the event’s legendary red carpet after a storm of protest on social media.

In what was meant to be a good year for women at cinema’s top showcase, British trade magazine Screen Daily said that “a handful of women in their 50s were turned away” by Cannes ushers from a Sunday night gala screening.

Some of those rejected at the showing of “Carol”, starring Cate Blanchett and Rooney Mara, had “medical conditions”, according to Screen, which called it “a bad PR move for the push for gender equality”.

“The rumour that the festival requires high heels for the women on the steps is baseless,” he wrote, referring to the entrance of the main Cannes venue.

However the report prompted celebrities at the festival to take a stand.

“Everyone should wear flats to be honest. We shouldn’t wear high heels anyway,” she said, when asked about the report.

The Canadian director of “Sicario”, Denis Villeneuve, joked that he and the film’s co-stars, Benicio Del Toro and Josh Brolin, would “walk the stairs in high heels” later Tuesday in solidarity at the red-carpet premiere.

The maker of a hit documentary on the late British singer Amy Winehouse, Asif Kapadia, tweeted that his wife had run afoul of an alleged shoe diktat but that she was “eventually let in” to a premiere.

The Hollywood Reporter later said that “numerous women” had been turned away by the Cannes fashion police due to their foot attire, including one wearing “ankle boots and tights” and another who had slipped into “platform sandals”.

Others, however, got away scot-free, including one woman with “patent-leather loafers and red heart socks”.

It added that Mara, who had worn high heels and a dress with a long train to the “Carol” screening, had actually tripped on her march up the red carpet.

A male AFP video reporter at Cannes, meanwhile, was reprimanded during the festival for wearing grey leather shoes with his black tuxedo. He however got off with a warning.

Having frequently been accused of sexism in the past, Cannes responded this year by inviting two women filmmakers (out of 19) to the competition, opening the festival with Emmanuelle Bercot’s French drama “Standing Tall” and giving a honorary Palme d’Or to auteur Agnes Varda.

Several of the stories in the main competition also centre on women, including the current frontrunner, “Carol”.

The big premieres at Cannes are governed by a strict dress code printed on tickets requiring formal wear for all guests. It does not specifically mention footwear.

Ahead of the festival, Fremaux also discouraged attendees from taking “selfies” on the red carpet, calling such mobile-phone photos “grotesque”.