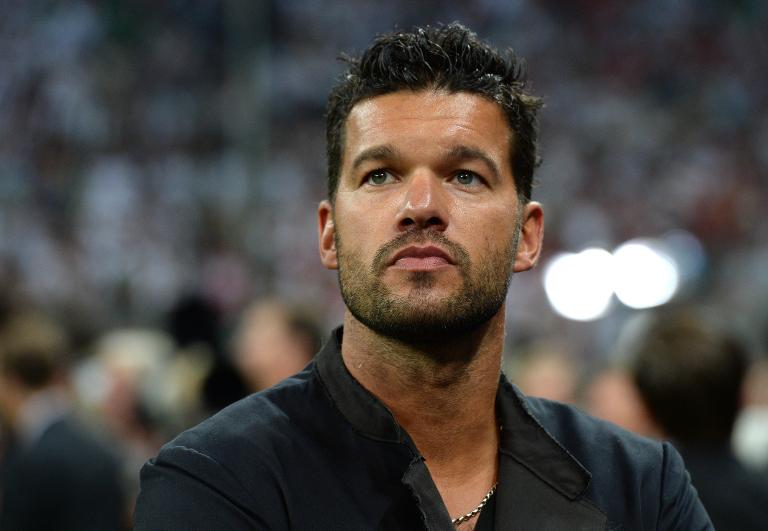 Former Bayern Munich midfielder Michael Ballack believes coach Pep Guardiola must add more variety to the team’s attacking play if they are to challenge for Champions League glory next season.

While Bayern have cruised to consecutive league titles since Guardiola succeeded Jupp Heynckes in 2013, they have twice come up short in the Champions League semi-finals, losing 5-0 on aggregate to Real Madrid in 2014 and going down 5-3 to his former club Barcelona this year.

Guardiola has taken the imprint from his astonishingly successfully spell at Barcelona by turning Bayern into a more possession-orientated team, but Ballack believes it will take more cut and thrust for the 2013 champions to conquer Europe again.

“We like successful football, but on the other side, we want to see enjoyable football,” the former Germany captain told AFP during an event for Champions League sponsors MasterCard in London.

“Of course he likes to keep the ball, to have possession as much as possible. Sometimes I miss the up and down, an open football game like you have in England.

“This kind of football that he played in Barcelona, it’s different, it’s more ‘tiki-taka’, but if you play against teams that are really defence-orientated, it turns into a boring football game sometimes.

“It’s not nice to watch from a football perspective, if one team plays around the box, passing the ball and having 70 or 80 percent of ball possession, but not many chances.

“It’s about finding a balance between having the ball and targeting the offensive.”

Guardiola has endured a torrid three weeks, with Champions League elimination accompanied by a loss on penalties to Borussia Dortmund in the German Cup and three consecutive defeats in the league.

But Ballack thinks Guardiola has done a “great job” organising the team and believes Bayern might have overcome Barcelona had it not been for costly injuries to Franck Ribery, Arjen Robben and David Alaba.

Mario Gotze started on the bench in both games against Barcelona and recently came in for criticism from Bayern great Franz Beckenbauer, who accused the 22-year-old of “playing like a teenager”.

Despite making 47 appearances and scoring 15 goals, the scorer of the winning goal in last season’s World Cup final has flitted in and out of the starting XI, but Ballack believes he needs to be given more time.

“I’m not disappointed by him because he’s one of the greatest talents we have and you always get judged by the talent you have,” said Ballack, who spent four years at Bayern between 2002 and 2006.

“Franz Beckenbauer got it right when he said he needs to grow, he needs to step up to help the team and play the role for Bayern Munich that everyone expected.

“But it comes also with age. He’s still young. It’s not always an excuse. The problem is he was so good so early, at 17, 18. He was playing for the national team, Borussia Dortmund, (in the) Champions League.

“He’s already a world champion. He scored the most important goal in his career already. Sometimes it’s in the head with these kids.

“He has to know that he has to challenge himself in training every day to get better and better, not be happy with what he has achieved, and he will become a great, great player for that club.”