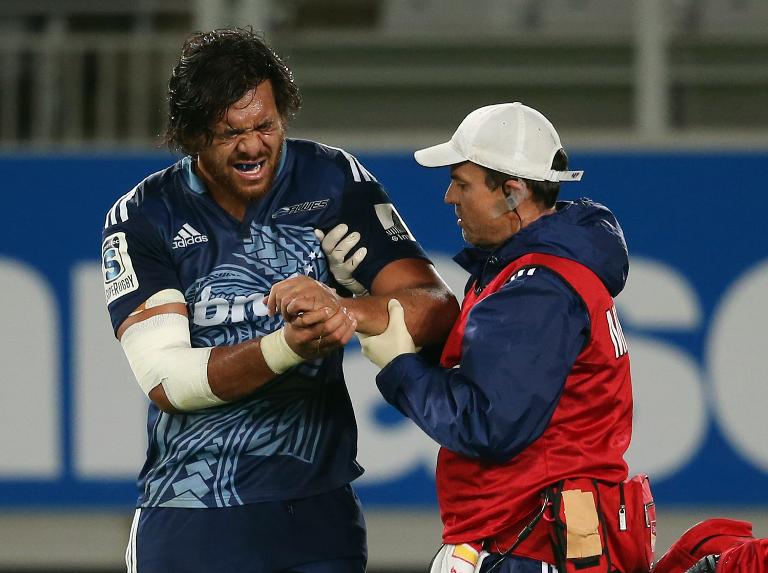 Auckland Blues’ All Black duo Steven Luatua and Patrick Tuipulotu will miss the rest of the Super 15 season with injuries, the club said Tuesday.

The Blues said Luatua dislocated his shoulder in a rare win over the Northern Bulls last Friday, while Tuipulotu has a long-term hip injury that has deteriorated.

Jerome Kaino and Luke Braid are already out for the season, while the Blues said the sick list for this Saturday’s match against the Wellington Hurricanes included no fewer than 13 players.

Among them is All Black prop Tony Woodcock, who has been sidelined for a week after injuring his shoulder against the Bulls.

The three-time championship winning Blues, once regarded as Super Rugby pacesetters, have won only three of 13 matches this season and are 13th on the ladder.

With their play-off hopes already over, coach John Kirwan is facing calls for his head.