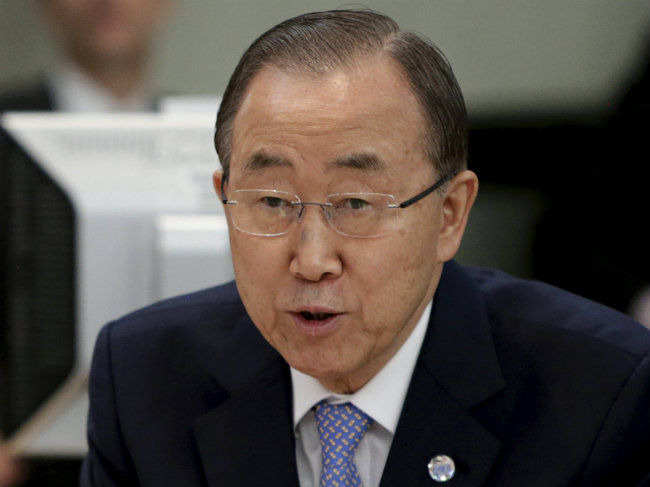 United Nations: UN Secretary General Ban Ki-moon said on Sunday he was increasingly concerned by the humanitarian crisis sparked by refugees stranded in boats in Southeast Asia, and offered help from the United Nations.

Ban said he had spoken by phone with the prime ministers of Malaysia and Thailand while his deputy Jan Eliasson had discussed the crisis with ministers from Bangladesh and Indonesia.

“In their discussion with leaders in the region, they reiterated the need to protect lives and uphold international law,” Ban’s spokesman said in a statement.

They urged the leaders to “uphold the obligation of rescue at sea” and not turn away the refugees.

Indonesia, Malaysia and Thailand have sparked outrage by turning away vessels overloaded with migrants from Myanmar’s ethnic Rohingya minority and with poor Bangladeshis.

Ban said he was encouraged by plans for Thailand to host a regional meeting to try to resolve the crisis and encouraged leaders to take part.

“The United Nations stands ready to assist all efforts to address the situation, including at the proposed meeting,” he said.

Ban is due to travel to South Korea on Monday for a visit that will later take him to Vietnam.