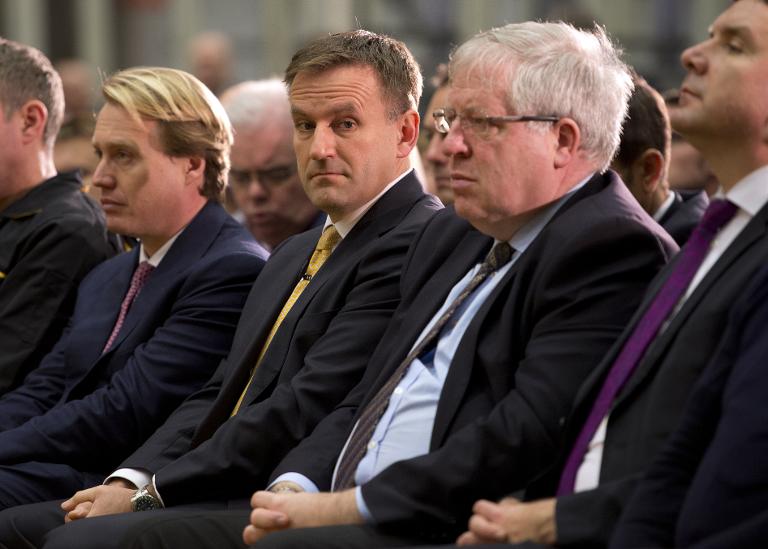 A top British manufacturing firm has broken ranks with much of the business community by saying Monday that leaving the European Union would make no difference to Britain’s ability to trade.

Graeme Macdonald, CEO of construction equipment maker JCB told The Guardian: “There has been far too much scaremongering about things like jobs. I don’t think we or Brussels will put up trade barriers.”

He added: “I really don’t think it would make a blind bit of difference to trade with Europe.”

The company’s chairman, Anthony Bamford, told the BBC that Britain “could negotiate as our own country rather than being one of 28 nations in Brussels.”

“We could exist on our own, peacefully and sensibly,” said Bamford, a major donor to Prime Minister David Cameron’s Conservatives and a member of the House of Lords.

Cameron has promised to hold a referendum on Britain’s EU membership by 2017 and has said he will advocate Britain staying in, provided he can agree reforms that he has yet to spell out in full.

“What is needed is a lot less red tape… Some of it is costly for us and, quite frankly, ridiculous,” Macdonald said in the interview.

“Whether that means re-negotiating or exiting, I don’t think it can carry on as it is,” he added.

The business community, including the main Confederation of British Industry, is overwhelmingly opposed to an EU exit or “Brexit”.

The anti-EU UK Independence Party was quick to seize on the JCB executives’ comments.

“This blows out of the water the commonly held assertion that the UK needs to be in the EU to trade internationally when quite the contrary is true,” said Roger Helmer, the party’s industry spokesman.

“JCB demonstrates that we should be looking beyond the limiting, outmoded Eurocentric model and freeing ourselves from regulation to do business around the world,” he said.