Home Face Off King of Israel 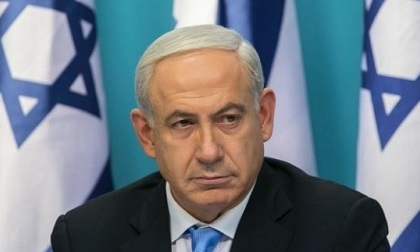 He left his lavish corporate job to combat international terrorism after hearing about the death of his brother who died during a military rescue operation. Â

An articulate speaker, ardent debater, a media-oriented diplomat,Â he is an advocate of the Israeli cause.

Benjamin NetanyahuÂ was born on October 21, 1949, in Tel Aviv, Israel and grew up in Jerusalem. He spent his adolescent years in the US.

At the age of 18, Netanyahu returned to Israel to fulfill his military obligation in theÂ Israel Defense ForcesÂ and volunteered for an elite commando unit. He left the force after six years of service, attaining the rank of captain.

Netanyahu returned to the US and went on to receive degrees in architecture and business administration from the Massachusetts Institute of Technology.Â

In 1976, he was employed by the Boston Consulting Group, but returned to Israel following the death of his eldest brother, who was killed attempting to free hostages from a hijacked Air France airliner in Uganda.

Netanyahu became highly involved in international counter-terrorism efforts, which helped launch his political career: first serving in the Israeli Embassy in Washington, DC (1982-84), then serving as the Israeli ambassador to the United Nations (1984-88).

During his time at the UN, he successfully led a campaign to declassify UN archives on Nazi war crimes.

Returning to Israel in 1988, he entered the political arena and was elected aÂ Member of KnessetÂ through the LikudÂ party and was appointed Deputy Minister of Foreign Affairs.Â

During his term, he signed the Hebron and Wye Accords, advancing the peace process with the Palestinians. He also expanded government privatization, liberalized currency regulations and reduced deficits.

Netanyahu’s political career was almost halted when police in 1997 recommended he should be charged for corruption and influence-peddling â€“ a case that never came to trial, finally being dropped in 2009 for lack of evidence.

He took a break after his term ended and worked in the private sector and toured as a lecturer.

In 2002, he returned to politics, serving as minister of foreign affairs before becoming minister of finance.Â

After seven years, he was sworn in as prime minister for the second time, punctuating his victory by establishing a national unity government and calling for a demilitarized Palestinian state that recognizes the Jewish state.Â

Netanyahu has pursued a tough line towards peace negotiations, accepting the principle of a two-state solution but insisting the Palestinians accept Israel as a “Jewish state” and make reciprocal concessions.

Netanyahu has been married three times. Â He is currently married to Sara, a psychologist, and is a father of three, Noa, Yair, and Avner.

He has written and edited several books, many of which are on the subject of terrorism: of which the notables are: Self-portrait of a Hero: The Letters of Jonathan NetanyahuÂ (1963-76);Â International Terrorism: Challenge and ResponseÂ (1979).