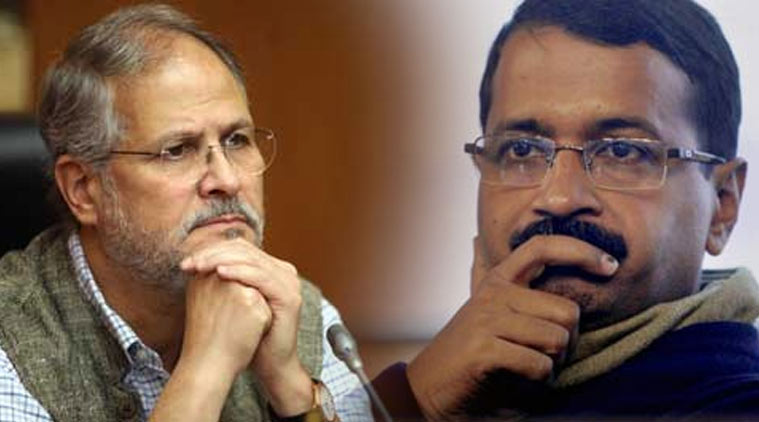 New Delhi: Aam Aadmi Party (AAP) is the quintessential child in every classroom who will stand up against what he thinks is right and garner appreciation from all corners of the room for their anti-establishment streak, which in their regard may or may not be entirely correct. After all, one can only do so much.

Keeping up with their reputation for standing up against what they deem is unfair and not proper for the people of the national capital, AAP is now locked in the midst of a fierce battle with Lt. Governor of New Delhi Najeeb Jung over the appointment of the bureaucracy for its government in Delhi.

The saga began when Lt. Governor Jung appointed Shakuntala Gamlin as the chief secretary for the Arvind Kejriwal-led AAP government in the state, a move which did not go down with Kejriwal.

After the decision was taken, Kejriwal pled with Gamlin not to take office as he felt he was not consulted before the decision was taken. However, the situation took a turn to the worse when Gamlin took office despite Kejriwalâ€™s plea and Kejriwal not just sacked Principal Secretary Anindo Majumdar for confirming the appointment of IAS officer Gamlin but sent a stern letter to Jung that he does not favour Jung saying Gamlin favoured power companied while he was an officer in the power department.

The Lieutenant Governor has reversed that action and written to the Chief Minister saying that Majumdar’s removal “stands void.” But Majumdar’s office on the seventh floor of the Delhi Secretariat was sealed to prevent him from entering.

However, on Monday, Delhi Deputy Chief Minister Manish Sisodia took to microblogging site Twitter and said he had not recieved any letter from the LG and expressed surprise that a Constitutional Authority leaked letters addressed to Dy CM before they were recieved. He asked whether is was allowed under Constitution of India?

Kejriwal wants to take his fight to President Pranab Mukherjee but he may have to wait at least till Wednesday for a response to a request he made on Saturday for a meeting. Sources say the president’s office will reply after he returns from Uttarakhand on Tuesday.

On Sunday, addressing auto-rickshaw drivers, Kejriwal said Gamlin’s appointment proved that the Narendra Modi government at the Centre “wanted Delhi’s government to fail.” The Lieutenant Governor reports to the Centre.

BJP however has denied the allegations and said that all appointments happen with full transparency and that everyone should show full respect to civil servants, otherwise it affects all officers as well.

Kejriwal has got unexpected support from the Congress and the Left. Congress leader Ajay Maken said the acting chief secretary should have been appointed with the consent of the Chief Minister.