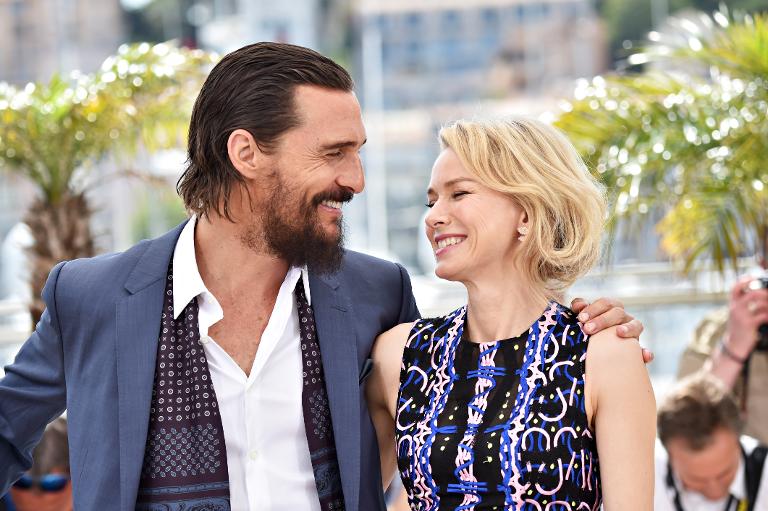 On paper, it looked enticing: a high-stakes drama of love and loss by Gus Van Sant starring Oscar winner Matthew McConaughey and Naomi Watts and mostly set in Japan.

But “The Sea of Trees”, premiering Saturday in competition for the Palme d’Or at the Cannes Film Festival, landed with a thud at its press previews, garnering the first big boos of this year’s edition.

McConaughey’s career has been flying high since he bagged an Academy Award last year for “Dallas Buyers Club” and critical adulation for his role in the gritty television series “True Detective”.

But his turn as Arthur, a bespectacled American mathematician who travels to Japan to commit suicide, looks to have been a career misstep.

In the film, Arthur performs a Google search looking for “the perfect place to die” and ends up wandering through a dense forest near the foothills of Mount Fuji that attracts dozens of depressed people each year.

But before he can take his own life, he encounters Takumi (Ken Watanabe), a mysterious Japanese man who is injured and has lost his way.

Through conversations and flashbacks, the film shows Arthur’s downward spiral back in Massachusetts with an alcoholic wife (Watts) and a stalling academic career.

Takumi leads Arthur on a rough hike that becomes a spiritual journey to examine where it all went wrong, complete with dialogue offering platitudes about science not offering all the answers to life’s questions.

Plot twists that most viewers saw coming and a sentimental ending accompanied by swelling string music seemed to nix Van Sant’s shot at claiming a second Palme d’Or after his 2003 triumph with “Elephant”.

Critics savaged the latest by Van Sant, who has been nominated for two Oscars — for “Milk” and “Good Will Hunting” — and attracted a cult following with “Drugstore Cowboy” and “My Own Private Idaho”.

US movie website Indiewire said not even McConaughey could sustain the “mushy, amateurish story, which digs itself a deeper hole as it moves along”.

“The bulldozers are out and subtlety will be crushed until not a crumb remains,” French weekly L’Express said, calling its disappointment in the film “immense”.

US trade journal Variety said the “risibly long-winded drama” was “perhaps above all a profound cultural insult”, with Watanabe having “little to do other than moan in agony, mutter cryptically, and generally try to act as though McConaugheyâ€™s every word isn’t boring him (pardon the expression) to death.”

“Anyone has as much right to boo as to they do to ovate,” he drawled.

He said he had been drawn to a character torn between earthly and supernatural concerns.

“I love logic, I love science. I believe that we are damn well expected to have our hands on the wheel, we are the architects of our own life,” he said.

“At the same time, I know I didn’t write the script to our life. I know there are things going on all the time that are out of my control. I see coincidences all the time and I see things that are not man-made and have no logic whatsoever. And for me, I say… that’s God. I was a character dancing in the middle of these things.”

Van Sant said that reviews of “Elephant” at Cannes had been strongly mixed when it premiered and hoped subsequent screenings of “The Sea of Trees” would attract a few fans.

Watts, who suffered crushing reviews two years ago in “Diana”, defended her choice to appear in “The Sea of Trees”.

She called the movie “a beautiful love story that was painful and tragic”.

Watts said she and McConaughey had exchanged lengthy emails in character for six weeks before shooting began to lay the groundwork for their depiction of a troubled marriage.

“There’s less money in our industry, there’s less time for preparation,” she said. “We had to get on that fast track and create a back story.”

The Cannes Film Festival runs until May 24.