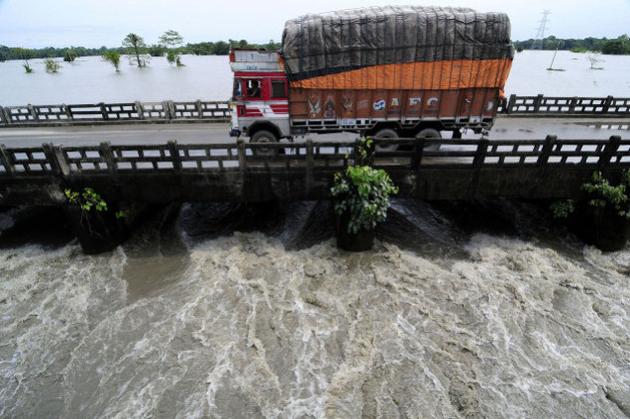 Srivilliputhur: Eight pilgrims were feared washed away and nearly 200 others trapped after they encountered a flash flood in a jungle river while on their way to a temple in nearby Chathuragiri hillsÂ on Sunday.Â

The pilgrims proceeding to the famous Lord Shiva temple in Chathuragiri near Watrap in Virudhunagar District to offer worship on the auspicious newmoon day were trapped as the jungle river suddenly swelled into a raging torrent following incessant rains.Â

Eight persons were seen swept away by the flash floods and their fate was not known.Â

Fire service personnelÂ have rushed to the spot to rescue the pilgrims trapped by the floods, they said.