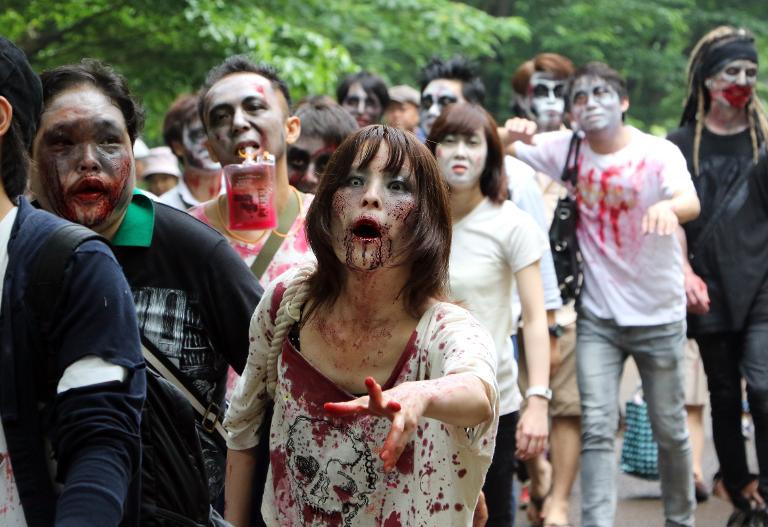 The living dead stalked Tokyo on Saturday as some 100 zombie fans lurched around a city park for an annual gathering in grisly makeup.

Assorted representatives of the undead staggered their mindless way through Yoyogi Park covered in gore and fake blood, some making it a family outing with their zombie infants in tow and enjoying the startled reactions of passersby.

“I love zombies,” said Daisuke Tanaka, 33, while adding “blood” and mock cuts to his neck.

“It’s fun to see people stunned and scared by my zombie appearance,” Takaka said, next to his friend with guts hanging out from his unbuttoned shirt.

While most dressed as modern flesheaters and reanimated corpses, others appeared as the classic Chinese “jiangshi” hopping zombie-vampire or as Frankenstein’s monster, the great-granddaddy of the undead.