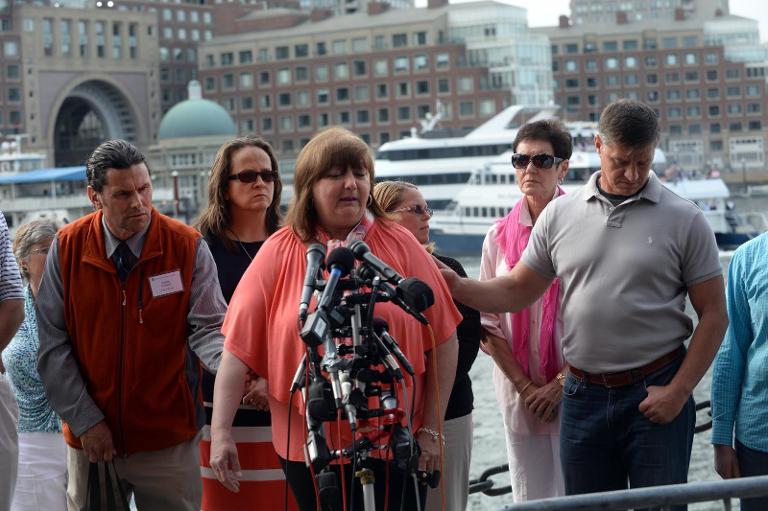 Survivors of the Boston Marathon bombings said justice had been served but reacted with mixed emotions after a jury handed down the death penalty verdict to convicted killer Dzhokhar Tsarnaev.

“He’s going to go to hell. That’s where he wanted to go,” said Michael Ward, a firefighter who was off duty at the time of the April 15, 2013 attacks but who treated victims at the scene.

“I remember when those bombs went off and I remember the vile, disgusting thing that this person did,” he told reporters almost immediately after the sentence was handed down following 14 hours of jury deliberations.

“This is a matter of justice,” he said. “No one’s here celebrating. If you ask 10 people you’ll get 10 different opinions,” he said.

“But ultimately, justice has prevailed today… He wanted to go to hell and he’s going to get there early,” he added.

Liz Norden, whose two adult sons each lost a leg in the attacks at the marathon finish line, said she would be there “every step of the way” if ever afforded the option of watching Tsarnaev be put to death.

“I feel justice for my kids,” she told reporters. “It feels like a weight has been lifted off my shoulders.”

Ballroom dancer and amputee Adrianne Haslet-Davis tweeted: “My heart is with our entire survivor community. I am thrilled with the verdict!”

Yet there was also an element of surprise and sadness over the sentence.

The death sentence was possible only under federal law. The state of Massachusetts outlawed capital punishment in 1947 and opinion polls had suggested residents favored a life sentence for Tsarnaev.

Some survivors, including the parents of eight-year-old victim Martin Richard, had publicly opposed the death penalty, worried that years, if not decades, of prospective appeals would dredge up their agony.

The Richard parents reportedly left court on Friday declining to comment. Outside the federal courthouse, a small group of US veterans and anti-death penalty protesters expressed anger and disappointment.

Melida Arredondo, her eyes hidden behind dark glasses, conceded she had conflicted emotions about the decision, mainly she said, because of the ongoing process that countless appeals would entail.

Laurie Scher said the long, exhausting trial had “been healing” and helped her to forge strong friendships with other survivors, but said the prospect of his execution brought “no” relief.

“I have my personal feelings about that and I’d like to keep them to myself,” Scher told reporters.

“I’m sure at one time in his life, he was a very lovely, caring young man,” she said. “He turned into a monster. Why did that happen? We’ll never know. My feelings on him are nothing but — what can I say?”

Heather Abbott, who lost her left leg below the knee in the bombings and who set up a foundation to help victims obtain prosthetic limbs, found only sadness in the verdict.

“The verdict, regardless of which one it turned out to be, doesn’t bring me peace,” she wrote on her foundation’s Facebook page.

“It brings sadness and cause to reflect, again, on just how senseless all of the deaths and injuries that resulting from this situation are.”

Karen Brassard, who went to the marathon with her husband and daughter to cheer on a friend, welcomed the decision but said she would be praying for the jury and recognized what an “unbelievably difficult” job it had been.

The entire family of three was hurt in the attacks.

The verdict, she said, made her feel like she could breathe again.

“Happy is not the word I would use. There’s nothing happy about having to take someone’s life,” she said.