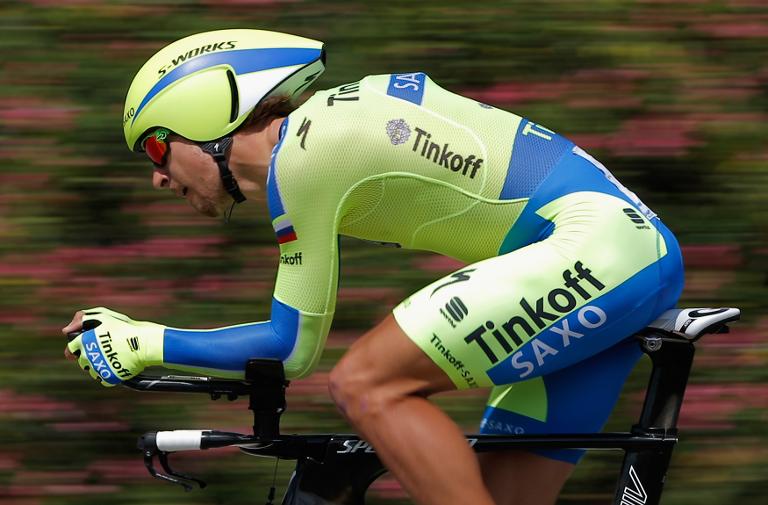 Slovakia’s Peter Sagan delivered his second stage win at the Tour of California with a convincing time-trial victory in Santa Clarita to take over the yellow leader’s jersey.

“I am very happy for first place,” said Sagan, who also won stage four on Wednesday. “The course was very straight and very powerful.”

Friday’s sixth stage was scheduled to take place at Big Bear Lake in the San Bernardino Mountains at an elevation of 2,042 metres, but had to be moved to Santa Clarita after a late-season storm dumped snow in the mountains, 160 kilometres northeast of Los Angeles.

Former Dutch time trial champ Van Emden set the early mark Friday with a 12:46 before Sagan, who was the second to last rider, smashed it with a 12:31.

“I didn’t expect to be there that long,” said Van Emden. “It wasn’t a perfect ride. It was a tough time trial.”

Robert Gesink, who is the lone former champion in the field this year, finished in ninth place in the stage after posting a respectable 12:58.

Saturday’s climbing stage will take the riders along Glendora Ridge Road and Glendora Mountain Road before a gruelling out-of-category climb to the finish line at the base of the Mount Baldy ski hill’s single chair lift.

This year’s race comprises 13 host cities and eight stages run over a total distance of 1,165 kilometres.