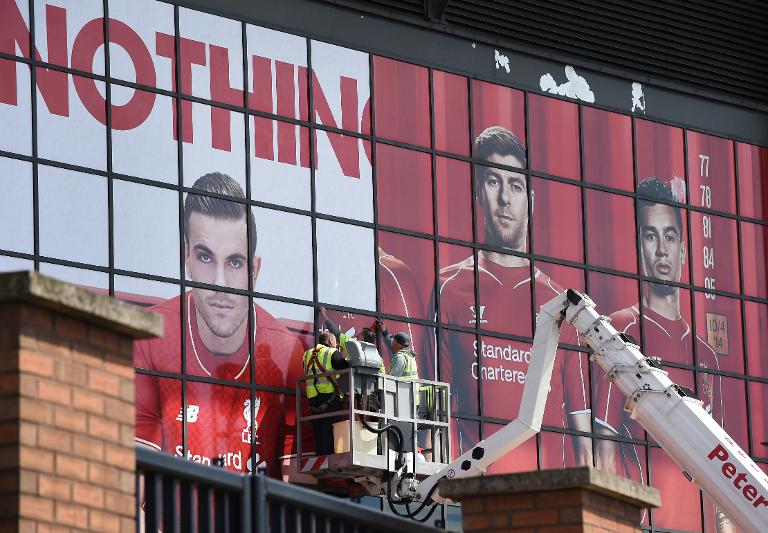 Brendan Rodgers has called on Liverpool’s players to give Steven Gerrard the perfect Anfield farewell present with a victory against Crystal Palace on Saturday.

Emotions will be running high when Gerrard makes his final appearance in a Liverpool shirt on home turf before joining LA Galaxy in the close-season and Reds boss Rodgers would dearly love to send the club captain off to California with one last memorable Anfield moment.

The 34-year-old midfielder is already well established as a Liverpool legend after 17 seasons with the team he supported as a boy, but Rodgers hopes there is still room in his storybook career for a fairytale departure in the style of Ian Rush, another Anfield icon who scored a late winner against Watford in his final home appearance before joining Juventus in 1987.

“In terms of trying to control emotion it has been very simple. The attitude of all the players has been first class, Steven in particular,” Rodgers said.

“We are concentrating on winning the game as I am sure Steven will want to go out with a win. The players are not on holiday at all.

“Steven doesn’t like the focus and attention but it is brought on because of his star quality.”

Elsewhere on Saturday, several clubs will be looking to avoid joining already-relegated Burnley and Queens Park Rangers in English football’s second-tier next term.

Hull currently occupy the one remaining relegation place but can do themselves a power of good, if not make absolutely certain of their top-flight status, with a win away to a Tottenham side who have not scored in five of their last eight games.

The Tigers lost 1-0 to Burnley last weekend and manager Steve Bruce has demanded a much-improved performance from his side against Spurs.

“My main concern is we haven’t got anywhere near the level we’re capable of and I take responsibility for that,” Bruce said.

Newcastle and Sunderland are the next two clubs in line, with the north-east rivals both on 36 points, although Sunderland do have a game in hand, against Arsenal, next week.

This weekend sees Newcastle away to QPR while Sunderland face Leicester, just a point and a place above them, in what promises to be a classic relegation “six-pointer”.

Last week’s 1-1 draw with West Brom ended Newcastle’s run of eight straight defeats, their worst for 38 years, and left them two points above the relegation zone with two games to play.

Victory at Loftus Road, allied to a Hull failure to win, would see Newcastle stay up but Magpies’ caretaker boss John Carver, desperate to be the manager of his hometown club come next season, said he wanted more than that.

“My pride has been hurt by the run of results. I want to do something about it. If that means winning the next two games, that will make me feel a little bit better,” Carver said.

Sunderland welcome Leicester to the Stadium of Light buoyed by a morale-boosting 2-0 victory at Everton.

But although Sunderland manager Dick Advocaat has taken 10 points from six games since his arrival, his new club are still not out of danger.

“We thought that with six points, we had enough, and now we have 10 points and we still need three points, so hopefully we can do that on Saturday,” Advocaat said.

Leicester, however, are currently on a brilliant run of six wins in their last seven matches which has seen the Foxes give themselves a remarkable lifeline after being bottom of the table for 140 days this season.

Chelsea are at West Bromwich Albion on Monday.