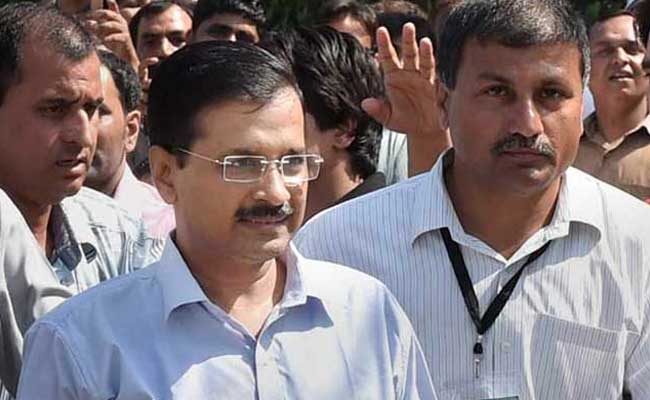 New Delhi: The Delhi government, headed by Arvind Kejriwal, has landed in fresh controversy by taking on Lieutenant Governor Najeeb Jung. Saturday, in a press release, the government accused Jung of bypassing it and unconstitutionally appointing senior bureaucrat Shakuntala Gamlin as the acting Chief Secretary of the Delhi Government. The Governor has defended his decision.

Chief Secretary KK Sharma in currently on leave and Mr Jung made the appointment today after Ms Gamlin wrote a scathing letter to Jung claiming that she was pressurised by a senior bureaucrat in CM’s office not to be in race for the post due to her alleged proximity to BSES discoms, reported news agency Press Trust of India.

In its statement, the government said there were reservations about Ms Gamlin. “She was perceived to be extremely close to electricity companies in Delhi and was lobbying for their interests within the Government,” read the release from the Directorate of Information and Publicity.

But the Lieutenant Governor, it went on to add, appointed Ms Gamlin “in a completely unconstitutional manner”.

Within hours, Mr Jung’s office responded, saying the LG was authorised by the Constitution to make appointments in consultation with the Chief Minister.

In this case, the Governor approved the name of Ms Gamlin against the name proposed by the Chief Minister as “she was senior and has a proven track record”, said the statement.

The file containing the Governor’s advice was pending in the Chief Minister’s office for 36 hours, after which the appointment was made “since the office of the Chief Secretary cannot be left inordinately vacant,” the statement read.

The fresh controversy comes days as the party puts behind a month-long internal feud that ended with the expulsion of founder members Prashant Bhushan and Yogendra Yadav. The acrimony had been bitter and public, marked by comments on social media and media conferences from both sides.

“Mr Kejriwal and his colleagues need to understand that there is a constitutional mandate by which a government runs,” said BJP leader Nalin Kohli.