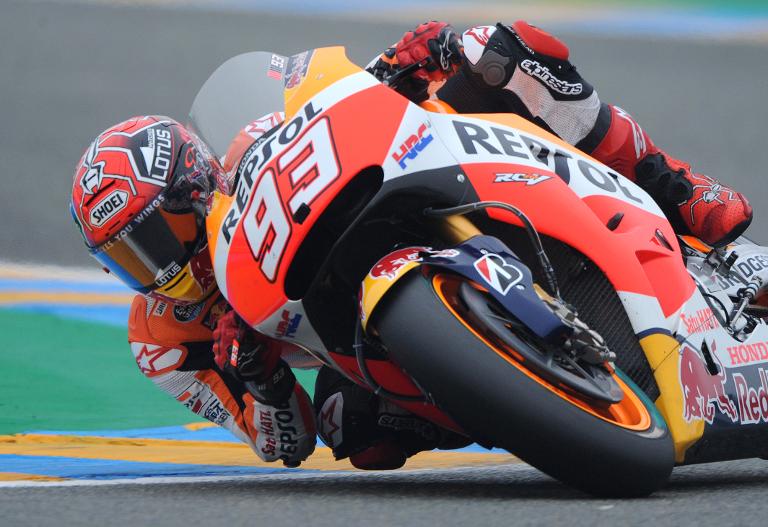 Marc Marquez stormed to pole position for Sunday’s French MotoGP with a qualifying lap more than half a second quicker than his grid rivals at Le Mans on Saturday.

Marquez, hoping for a dominant performance this weekend to climb up the Rossi-led standings from fourth after an indifferent start to his third season, coped best with a greasy track surface after heavy rain during the earlier practice sessions.

The 22-year-old rider, who has recovered from a broken finger suffered in the run-up to the last race in Jerez, topped the times despite a slide at the 10th turn on his first run.

It was his second pole of the season after Argentina and his 25th in only 41 MotoGP races.

France’s Fabio Quartararo, on a Honda, took pole for the Moto3, with Spain’s Alex Rins heading the pack in Moto2.