Home Sports Marquez still has a lot to learn from Rossi 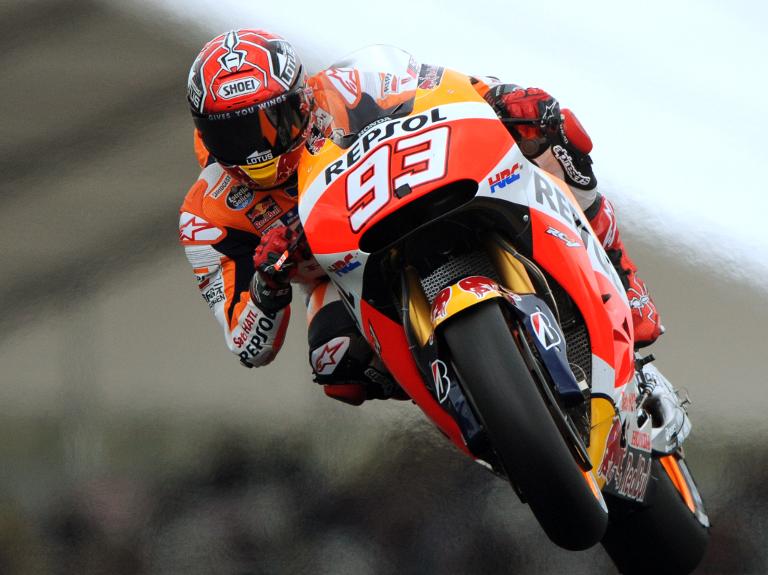 Young prodigy Marc Marquez may be the reigning double world champion but insists he can still tap into the vast experience of motorcycle legend Valentino Rossi.

“I have learnt a lot from Valentino and I still have a lot to learn from him,” Marquez told AFP on Friday.

“I believe he’s an idol for all of the riders.”

“I don’t believe in being anyone’s successor. To each his own. Everyone has different goals, personality or mentality,” said Marquez.

“I think Rossi has been one of the greatest. He’s 36 now but he remains a reference in our sport. Everyone can learn from him, everyone can see how he’s done it and try to copy him.”

The two look set for a thrilling battle for the MotoGP crown this season following a neck-and-neck battle at the Argentina GP in April resulted in Marquez crashing out with two laps to go after clipping the Italian icon’s back wheel.

“Our relationship hasn’t changed (after the incident). Logically, on the road, we are both looking out for our personal interests. We’re both defending ourselves,” he explained.

“But both of us are professional enough to know the difference between what happens there and outside. But it’s true he is the leader and a reference.”

Marquez, who had won the first ten grand prix in 2014, started off this season slowly with just one victory to Rossi’s double in Qatar and in Argentina.

The Yamaha rider is currently sitting at the top of the riders’ standings, 26 points ahead of Repsol Honda’s Marquez in fourth.

“There are still 14 races to go. We already raced four times and, if it hadn’t been for that zero in Argentina, we’d be fighting for the top spot,” claimed the Spaniard.

“We have what it takes to fight for the title.”