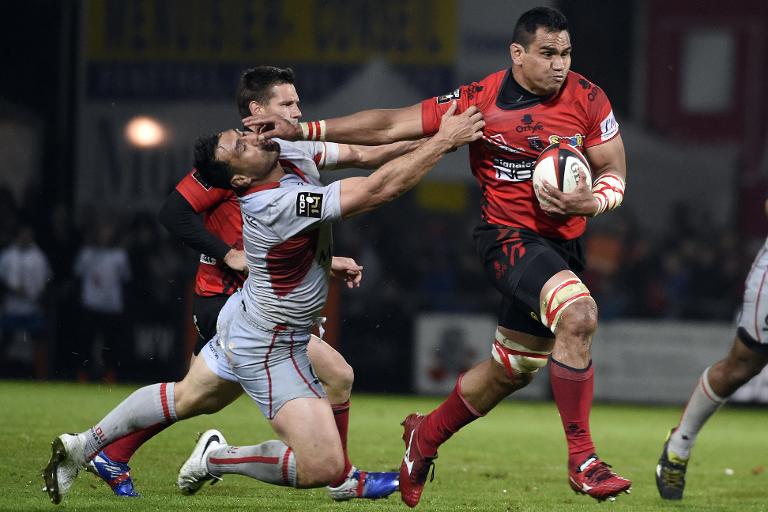 Lyon were relegated from the French Top 14 for the second time in three years on Friday after falling 28-10 at Oyonnax who boosted their hopes of making the play-offs.

Promoted last season, Lyon are bottom of the table, 10 points behind their nearest rivals Castres and Bayonne, with just one match to play.

The demotion to ProD2 — which they won in 2011 and 2014 — is a blow for the southeastern side who seem unable to consolidate their place in the top flight.

“Maybe we started with a system which wasn’t adapted to the demands of the Top 14,” said Lyon coach Olivier Azam, who ironically will coach with Oyonnax next season.

“Maybe we didn’t have the players to do it either.”

Oyonnax consolidated their place in the leading six teams who make the play-offs in what would be a fantastic end of the season after dicing with relegation last year.

In their final match at their Charles-Mathon stadium under manager Christophe Urios, who will coach Castres next season, Oyonnax dominated under the rain despite a Romain Loursac penalty after three minutes giving Lyon the first points of the night.

Lyon were hit by the sin binning of South African Coenie Basson after 22 minutes, conceding two tries to Silvere Tian (23) and Alaska Taufa (31).

Oyonnax pushed their advantage to 18-3 at the break, and picked up a bonus through a Benjamin Urdapilleta try on 59 minutes, although Deon Fourie crossed for the visitors after 73 minutes with Lachie Munro converting.

“We have the place we deserve, we weren’t able to win matches at key moments. This evening sums up our season,” admitted Lyon captain Lionel Nallet, whose side have been without a win since January 2.

Centre Fabrice Estebanez added: “We paid for a lack of discipline and work throughout the championship.”

Making the end-of-season play-offs — and a place in next season’s lucrative European Champions Cup — would be a remarkable achievement for Oyonnax, a team that represents a town of just 23,000 inhabitants in the unfashionable rugby area of eastern France.

The team only escaped relegation back to the ProD2 last season after finishing with a better points difference.

Oyonnax, who play league leaders Toulon away in the final round of matches, currently sit in fifth on 62 points, four points ahead of Racing-Metro who travel to La Rochelle on Saturday, with Montpellier and Bordeaux-Begles (both 55) just behind.

Second-placed Clermont have a sell-out crowd guaranteed for their home match against Toulon on Sunday.

Toulon, who again beat Clermont to wrap up an unprecedented third consecutive European title, have never won at the Stade Marcel-Michelin and will be without fly-half Frederic Michalak for the trip.