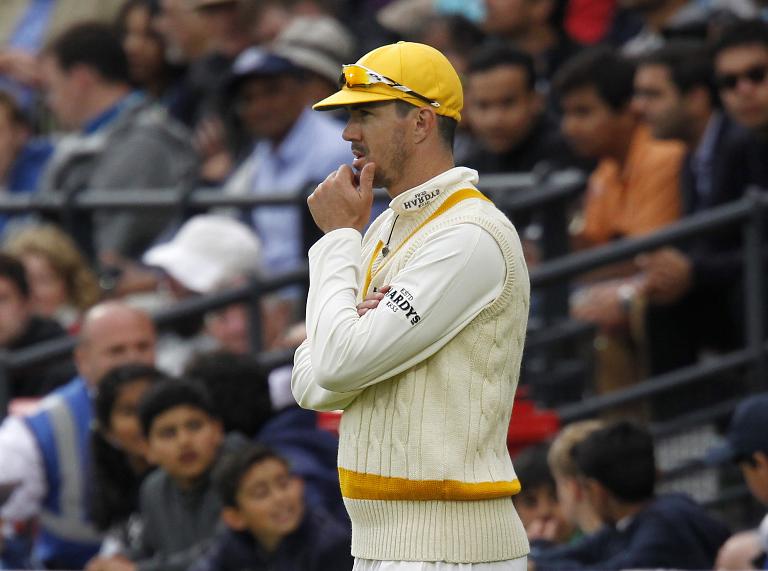 Kevin Pietersen again insisted he was misled about the possibility of an international comeback when he said Saturday he had been offered a “clean slate” by incoming England and Wales Cricket Board chairman Colin Graves.

Andrew Strauss, the new ECB director of cricket and Pietersen’s successor as England captain, said Tuesday that a “massive trust issue” prevented the South Africa-born batsman’s return, even though Pietersen is England’s all-time leading run-scorer across all formats.

That appeared to contradict earlier comments from Graves that a return was possible if Pietersen, sent into international exile 15 months ago after England’s 5-0 Ashes thrashing in Australia, scored enough runs in county cricket.

Pietersen said two private conversations he had with Graves before the former Yorkshire chairman took up the equivalent ECB post reinforced that view.

The 34-year-old Pietersen’s anger intensified as he was told by Strauss he would not be considered by England for the upcoming home Tests against New Zealand and Australia this season shortly after scoring his maiden first-class triple century, during Surrey’s County Championship match against Leicestershire at The Oval.

Graves said Friday he “didn’t make any promises” but appeared to be defending himself from a charge no one, including Pietersen, had made.

Pietersen’s argument was not that he had been “promised” anything, but rather that if he met certain conditions he would at least be considered for England selection.

And on Saturday, in response to a comment on Twitter, Pietersen said: “Exactly – no one is guaranteed selection. I was told there was a CLEAN SLATE. I wanted to earn my place back.”

Strauss’s first week in his new role has seen him having to justify both his decision to sack former England coach Peter Moores and Pietersen’s ongoing omission.

Graves only took up his post on Friday and felt obliged to defend his reputation after Pietersen accused the ECB of being “incredibly deceitful”.

“I didn’t make any promises,” said Graves. “There were no guarantees that if he chose to exit his IPL (Indian Premier League) contract, play county cricket and score runs he would be selected for England — and I said he should make any decision on his future on that basis.”

In the midst of the Pietersen row, England also found themselves trying to explain the non-attendance of Stuart Broad at a press conference organised by sponsors Investec to promote the the two-Test series against New Zealand, which starts at Lord’s on Thursday.

Broad cited illness for his failure to turn up and it was left to England team-mate Ian Bell to become the first member of the current side to field questions about the continuing absence of Pietersen from the side.

However, a report in Britain’s Daily Mail suggested Broad’s absence from the press conference was down to his being on a late night drinking spree involving former England all-rounder Andrew Flintoff and currently injured wicket-keeper Matt Prior that meant the fast-medium bowler did not return to his hotel until 7:00am (0600 GMT).

An ECB spokesman said: “We are aware Stuart Broad was scheduled to appear at a sponsors’ event, but was unable to, and we were told it was due to illness.”

Broad, according to Investec, will now hold a media conference on Sunday instead.