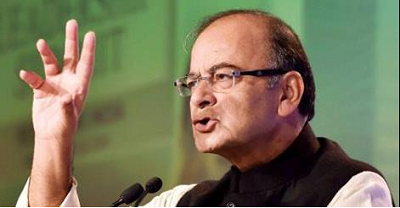 New Delhi: India on Saturday pressed Switzerland to share information on Indians who have admitted to having accounts in Swiss banks and expressed readiness to sign a bilateral pact on automatic sharing of information with it.

This was conveyed by Finance Minister Arun Jaitley when the visiting Swiss Economic Affairs Minister Johann N Schneider-Ammann met him on Friday evening.

Jaitley recalled in October last year it was agreed that if India gave “additional evidence over and above the stolen information of the HSBC accounts”, Switzerland will “cooperate in confirming” that “within a time period.”

“Since a large number of account holders have made admissions before the Government of India. As to whether admissions itself is an evidence on the basis of which they would act, they said indeed they would.

“And this precise fact has been reaffirmed in the meeting today. We have made the request to Switzerland and we have asked them to expedite the process of confirmation of details that we have sought,” Jaitley said after the meeting.

“Additionally, we have also requested them that now that Switzerland has also agreed to join the global mainstream in the fight against unaccounted money by becoming part of the group of nations which will cooperate in the automatic exchange of information, as soon as they are ready, India is immediately ready to enter into a bilateral arrangement with Switzerland to that effect,” he said.

The finance minister said there was “forward” movement on the October 15 agreement between India and Switzerland on the issue of sharing information based on evidence over and above the HSBC stolen bank account list.

“I had additionally taken up the subject of Switzerland cooperation with India in the matter of providing evidence with regard to those Indians who have unaccounted assets and accounts in financial institutions and banks in Switzerland,” he said.

Commenting on the discussions with Jaitley, the Swiss minister said, “The discussion with the Minister was very constructive in a partnership mood…. What we discussed was that Switzerland government took a decision to start a Parliamentary process to qualify the basis for the support to solve these issues. Switzerland is prepared to follow the OECD regulations as we were in the past.”