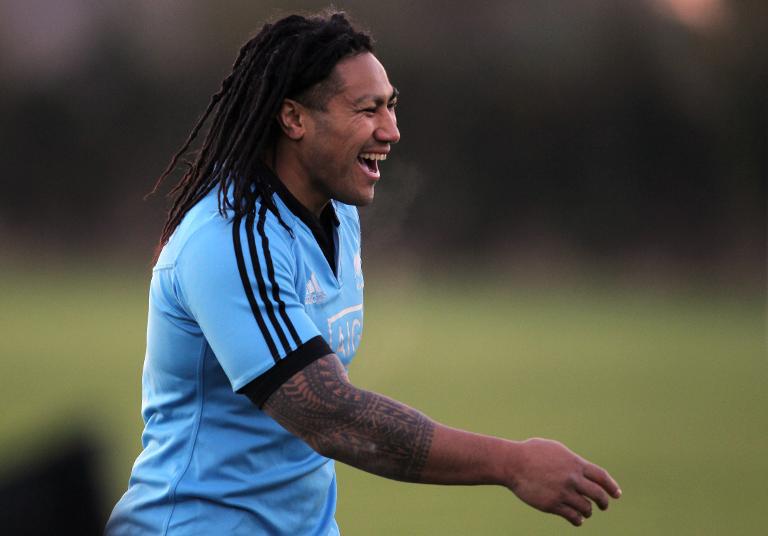 The Wellington Hurricanes triumphed 22-18 over the Waikato Chiefs in a bruising battle between the top two teams in the Super 15 competition in Wellington on Saturday.

Ma’a Nonu sealed the outcome in the 67th minute with the second of his two tries when he knocked the ball clear in an attempted intercept and then skilfully scooped it up just before it hit the ground to run 40 metres to the line.

In a desperate finish, the injury-ravaged Chiefs, with a makeshift middle-row after losing both locks, won an attacking five-metre scrum on full-time but conceded a penalty when their pack came under pressure.

The Chiefs led 13-10 at half-time, and Hurricanes lock Jeremy Thrush said that served as a wake-up call as the championship pacesetters fought back to secure their 11th win from 12 games.

“It’s really the first time we’ve been put under that sort of pressure in that first 40 minutes and it took us a while to react,” he said.

“They got a bit of a lucky break to get on top, then both their locks went off and they had a man in the bin and it gave us a bit of confidence to get into our driving mauls.”

The Hurricanes have now skipped 17 points clear of the second-placed Northern Bulls from South Africa.

The Chiefs, 13 points behind the ‘Canes, are the second-most successful team although they remain in fourth place under the conference system which reserves the first three places to the top teams from New Zealand, South Africa and Australia.

The Chiefs, with number one lock Brodie Retallick already sidelined with shoulder problems, lost both starting middle-rowers Michael Fitzgerald and Michael Allardice in the first half.

They already have All Blacks halves Tawera Kerr-Barlow and Aaron Cruden out with injury while inside centre Sonny Bill Williams (back) and wing James Lowe (shoulder) were late withdrawals from this game.

The patched-up nature of their backline was highlighted in the opening stages when flyhalf Tom Marshall split the Chiefs’ defence for the ‘Canes to set up camp deep in the visitors’ territory leading to the opening try by Nonu.

Damian McKenzie kept the Chiefs in touch with two penalties to one by Marshall before the Chiefs snatched the lead on the stroke of half-time.

Bryce Heem exposed frailties in the Hurricanes defence on the stroke of half-time before flicking the ball to Charlie Ngatai for the try. McKenzie’s conversion saw the Chiefs turn 13-10 ahead.

Immediately after the resumption the Hurricanes regained the lead when they opted for a lineout drive over a kickable penalty and Ardie Savea crossed for the try.

Nonu’s second try, converted by Marshall, extended the lead to 22-13 before Sam Cane scored the second Chief’s try to narrow the gap and ensure a bonus point for the narrow loss.